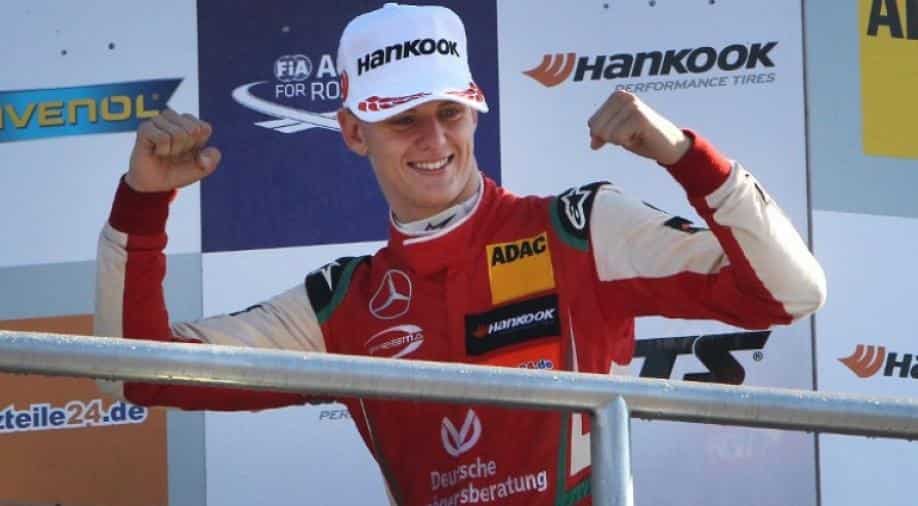 Michael Schumacher's 19-year-old son Mick has moved a step closer to following his father into Formula One after the Prema team announced that he will race for them in Formula Two next season.

The series feeds into Formula One, and this year's top three finishers - George Russell, Lando Norris and Alexander Albon - have all secured seats with grand prix teams for 2019.

Mick Schumacher won the Formula Three European championship this year with eight wins, seven pole positions and 14 podium finishes. That title means he is already qualified to race in Formula One.

"He is an extremely talented and dedicated racer, working with him is a pleasure and we can't wait to begin this adventure together," said Rene Rosin, principal of the Mercedes-powered team, in a statement on Tuesday.

"This series is not an easy one due to its learning curve for rookies, especially with the introduction of the new car, but we think that Mick has the maturity and skills needed to make it."

The young German said the move was "a logical step" on the ladder and would help him improve his skills and gain more experience.

"I can't thank the Prema family enough for what we achieved together as a team, especially this year, how we continued to develop together," he added.

The young Schumacher will be testing with Prema in Abu Dhabi later this week.

Five times world champion Lewis Hamilton said in October that he expected Schumacher to go all the way.

"There will 100 percent be a Schumacher back in Formula One, partly because of the name, but secondly because he's doing a great job," the Mercedes driver said then.

Michael Schumacher won a record seven Formula One championships, including five in a row with Ferrari, and also holds the record for race wins with 91.

The 49-year-old, whose privacy is closely guarded, has not been seen in public since he suffered severe head injuries in a skiing accident in France in December 2013.