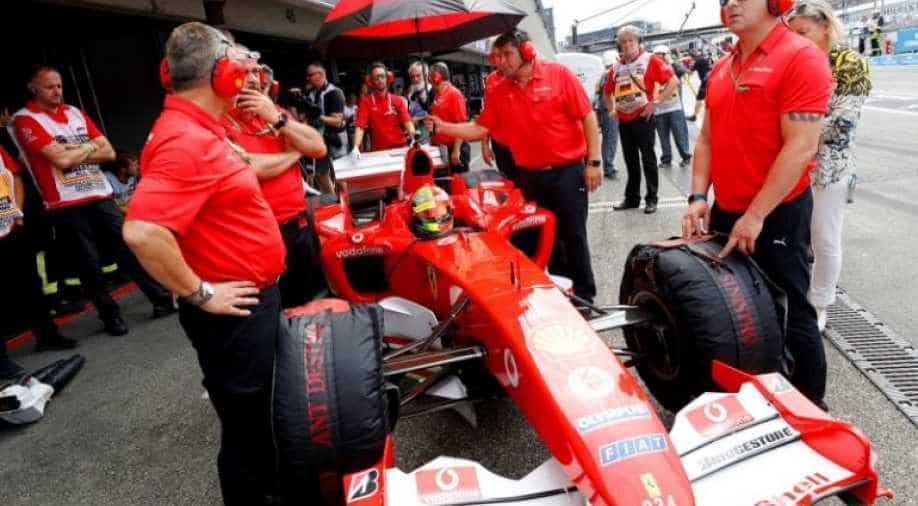 Schumacher senior won four times at the German track, boosting the popularity of the sport to new heights in his homeland

Mick Schumacher stepped into his father Michael’s 2004 Formula One championship-winning Ferrari at the German Grand Prix on Saturday and found it a perfect fit.

The 20-year-old, who races in Formula Two, did a demonstration run at Hockenheim in the F2004 car which carried his father to 13 wins from 18 races and his seventh and last title.

Schumacher senior won four times at the German track, boosting the popularity of the sport to new heights in his homeland.

"It was amazing to be able to drive the car around here especially knowing it was my dad’s seat and everything and it fit perfectly," said the youngster, who also drove his father’s 1994 Benetton around Belgium’s Spa-Francorchamps track in 2017.

"To be able to drive the V10 (engine) and feel how that one behaved and sounded was obviously something very special,” added Schumacher, wearing a helmet painted in both his father’s 2004 colours and his own.

Schumacher, who is a member of the Ferrari young driver academy and has tested the latest car, graduated to Formula Two this year after winning the European Formula Three title.

Currently 15th in the overall standings, he has had a mixed season with a fourth-placed finish last month in Austria his best result so far.

"He showed some very good races, in some other races he was involved in incidents, but it is a learning year. I’m convinced that he will make his way into Formula One."

Michael Schumacher has not been seen in public since he suffered head injuries in a skiing accident in 2013.