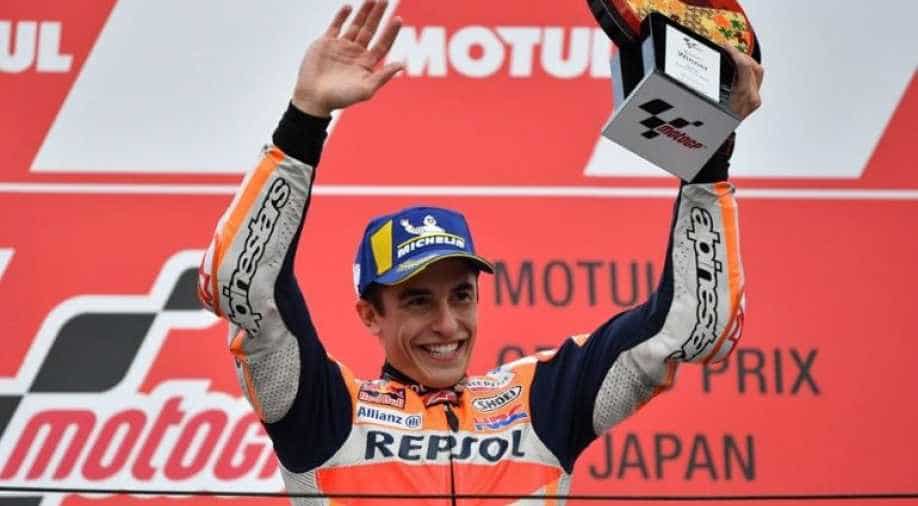 The Honda rider finished ahead of French rookie Fabio Quartararo of Yamaha-SRT and Ducati's Andrea Dovizioso.

MotoGP world champion Marc Marquez won the Japan Grand Prix Sunday to notch his tenth victory of the season and third win on the circuit in four years.

The Honda rider finished ahead of French rookie Fabio Quartararo of Yamaha-SRT and Ducati's Andrea Dovizioso.

It was the Spaniard's first-ever pole start at the Honda home race, which he dominated from the second lap.

Quartararo managed to shoot ahead of Marquez for a brief moment at the start, but Marquez quickly regained the lead and shot ahead with a one-second gap early in the race.

Marquez had already secured his season victory by winning the race in Thailand earlier this month.

Quartararo, who finished 0.870sec behind the winner for his third narrow defeat to the championship winner in recent races, was awarded as the rookie of the year while Dovizioso celebrated his 100th career podium finish.