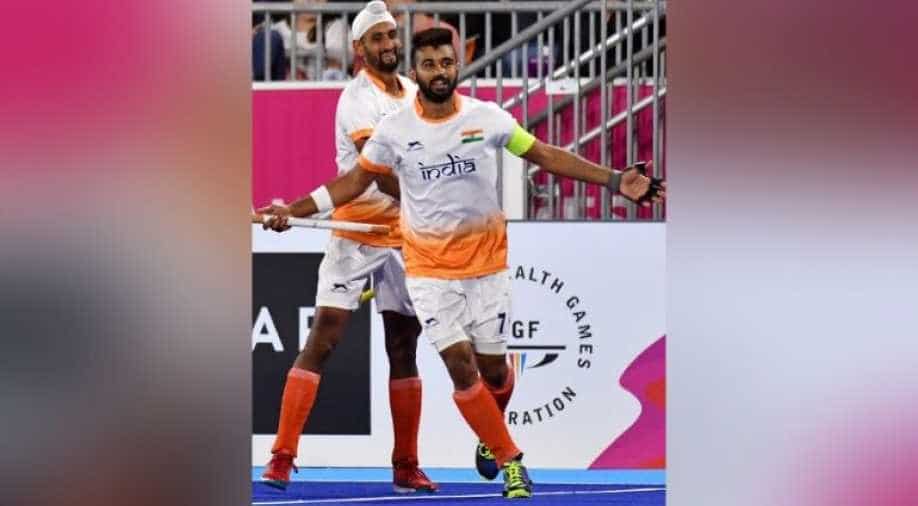 Manpreet Singh of India celebrates after scoring a goal during the men's field hockey match between India and England at the 2018 Gold Coast Commonwealth Games on April 11, 2018. Photograph:( AFP )

Manpreet Singh made his senior debut in 2011 and has been a mainstay in the team since then winning 263 international caps.

Manpreet Singh has become the first Indian to win the international hockey federation's player of the year award.

The captain of the Indian men's team won 35.2 per cent of the combined votes and beat Belgium's Arthur van Doren and Lucas Vila of Argentina to the coveted honour.

Congratulations to 2019 FIH Player of the year (Men) - @manpreetpawar07

The 27-year-old Singh had a stellar year in 2019, he led the team to victory in the FIH series finals and subsequent Olympic qualifiers against Russia where India secured a spot at the Tokyo 2020 games.

Singh made his senior debut in 2011 and he has been a mainstay in the team since winning 263 international caps.

The midfielder was part of the squad that won the gold medal at the 2014 Asian games. 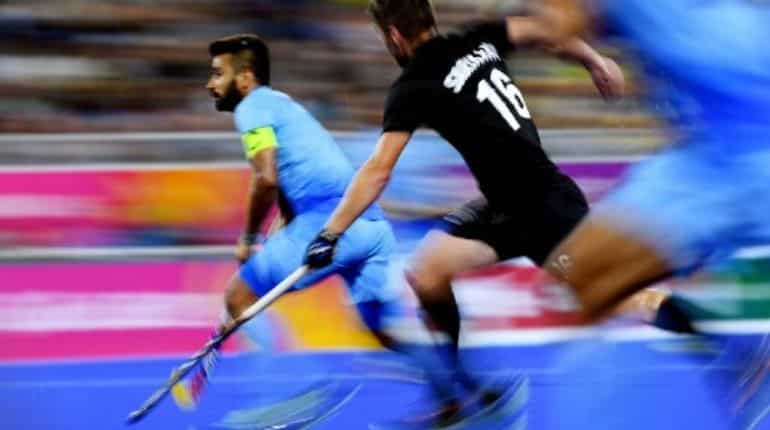 He will now turn his focus on this year's games where India will be looking to win their first medal since 1980.

Meanwhile, Eva de Goede of the Netherlands was awarded the women's prize for the second year in a row.