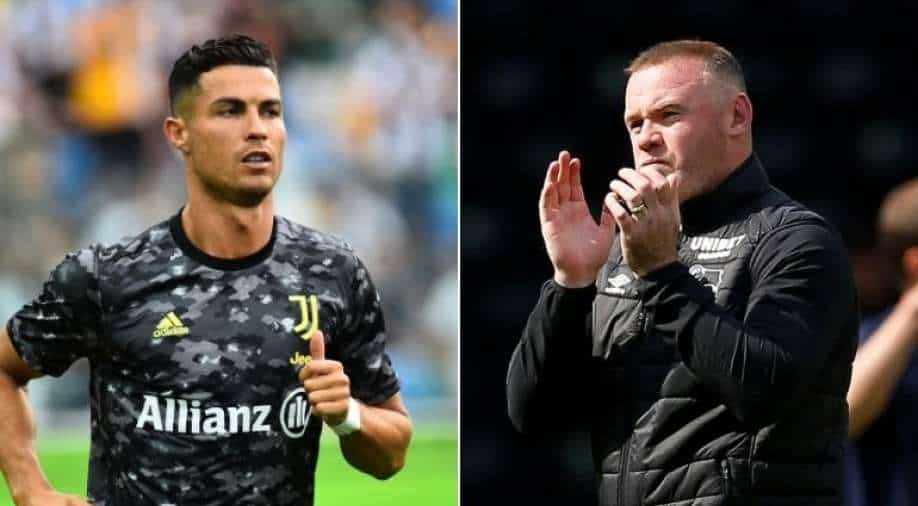 Rooney, United's all-time top scorer, added that his former team mate's "winning mentality" would rub off on the club's youngsters.

Manchester United should play Cristiano Ronaldo as a striker if they are to get the best out of the 36-year-old, who has returned to the Premier League club after 12 years, former United captain Wayne Rooney said.

Rooney, United's all-time top scorer, added that his former team mate's "winning mentality" would rub off on the club's youngsters.

Ronaldo was last season's top scorer in Serie A with 29 goals and is the joint all-time leading scorer in internationals with 109 for Portugal where he leads the line.

"Where would I play him? As a striker," Rooney, now managing Derby County, told reporters. "He's a striker and the other nine outfield players behind him will probably have to do a little bit more work.

"When you've got someone like Cristiano, you want him fresh around the box. He still wants to be the best and I'm sure he will have a big impact on them this season.

"For young players like Mason Greenwood, Marcus Rashford and Scott McTominay, to have Cristiano would be a big help for them."

Ronaldo is United's latest high-profile recruit after they brought in winger Jadon Sancho and centre back Raphael Varane, and Rooney said the pressure was now on manager Ole Gunnar Solskjaer to start winning major trophies.

"Ole will certainly know that he's in a position now where he needs to start winning these big titles with the players that he's brought in," Rooney added.

United are third in the league, two points behind leaders Tottenham Hotspur after three games. Ronaldo is expected to play his first game after the international break when United host Newcastle United on Sept. 11.