Ligue 1: PSG aided by own goal for the ages in win over Lyon 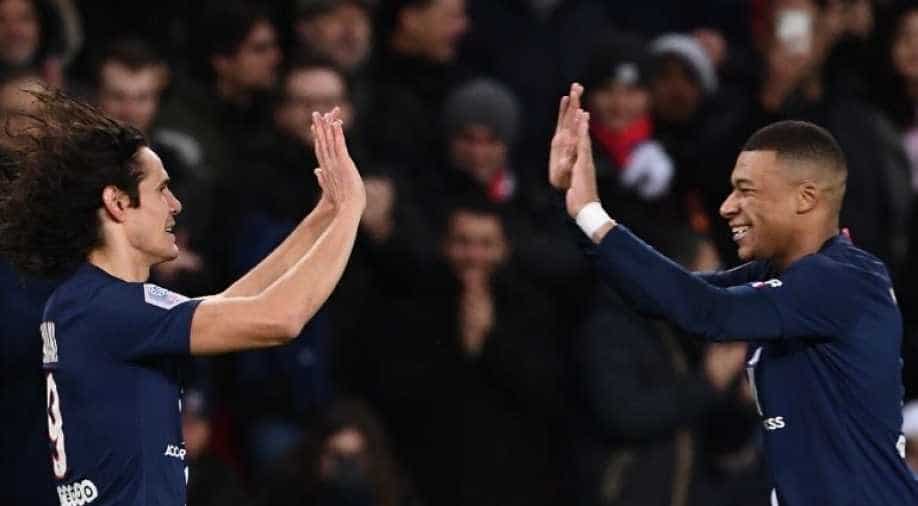 Lyon, meanwhile, have not won in three and this result leaves the seven-time former champions in ninth place.

Runaway leaders and defending champions PSG were cruising at half-time with Angel Di Maria and Kylian Mbappe giving them a two-goal advantage against a Lyon side enduring a disappointing season.

Then Marcal comically blasted the ball into the roof of his own net just after the break, leaving Lyon looking at another heavy defeat in Paris, where they lost 5-0 in this fixture last season.

However, Martin Terrier and Moussa Dembele quickly pulled goals back, and PSG needed a late strike by substitute Edinson Cavani to secure the points.

"Normally after a goal like that the game is over," said coach Thomas Tuchel of the own goal. "But we were not disciplined enough and it was a lesson for us that it's never over."

PSG's performance showcased why they can ill afford to be complacent heading into their Champions League last 16, first leg match away to Borussia Dortmund on February 18, even if sporting director Leonardo insisted to Canal Plus that the tie was "not life or death" for the Qatar-owned club.

They will hope to have Neymar back by then. The world's most expensive player sat out a second consecutive match here due to a rib complaint.

"We play a lot of games and errors happen but I don't know if it's the time to be too critical," Tuchel added.

"The team was great and we can't forget we were without lots of key players."

Without Neymar -- as well as his injured compatriots, Thiago Silva and Marquinhos, in defence -- Tuchel's side made it eight straight wins and stretched their unbeaten run to 21 games in all competitions.

Lyon, meanwhile, have not won in three and this result leaves the seven-time former champions in ninth place.

They are eight points adrift of the Champions League qualifying spots and their upcoming European double-header against Juventus looks certain to be a step too far for them.

How Rudi Garcia's side must have wished this match had been postponed due to the swirling wind and rain caused by Storm Ciara -- which left ticker-tape from pre-match fan displays strewn all over the pitch -- as they struggled to keep up with PSG in the first half.

PSG broke forward to open the scoring midway through the first half as Idrissa Gueye fed Di Maria to cut in from the right and beat Lyon goalkeeper Anthony Lopes with a low strike at his near post.

Thomas Meunier then squared for Mbappe to score his 15th league goal of the season in the 38th minute after fine work by Mauro Icardi, and both Icardi and Mbappe also had goals disallowed for offside before the interval.

Then, two minutes after the break, came what looked like the coup de grace.

An attempted cutback by Julian Draxler was going nowhere before Thiago Mendes intervened, allowing Draxler to keep the ball in play and return it to the edge of the six-yard box, where the hapless Marcal slammed it into the roof of his own net.

Nevertheless, Lyon hit back with Terrier's shot squirming under the body of Keylor Navas before Karl Toko Ekambi teed up Dembele to convert his 13th in the league this season just prior to the hour mark.

Mbappe had another effort ruled out and then hit the woodwork, and it was not until the introduction of Cavani -- the fans' favourite reduced to role of bit-part player -- that the home side made sure of the points.

Di Maria set up the Uruguayan to complete the scoring 10 minutes from time with what was his 199th goal for PSG.

They are 12 points clear of Marseille, who beat Toulouse 1-0 on Saturday with a Dimitri Payet goal. Elsewhere on Sunday, Montpellier beat struggling Saint-Etienne 1-0 and Strasbourg won 3-0 against Reims, with both sides staying in touch with the European places.