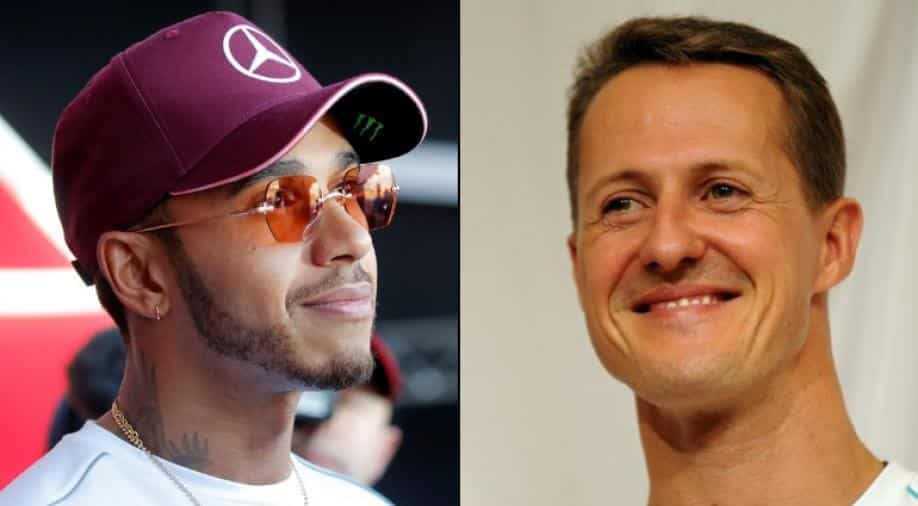 Hamilton's record already bears comparison to Schumacher's, and in some areas exceeds the great German's achievements.

When Michael Schumacher won his seventh Formula One world championship with Ferrari in 2004 it looked like a record for the ages, but Lewis Hamilton and Mercedes are forcing a rethink already.

The Briton stands on the brink of becoming only the third man to win at least five titles, with his team's stranglehold on both championships tighter than ever after he won Sunday's Japanese Grand Prix.

The 33-year-old has a contract until the end of 2020 and a teammate in Valtteri Bottas who has proved more beatable and acquiescent than predecessor and 2016 world champion Nico Rosberg.

A change of engine rules that might shake things up is not due until 2021, at the earliest.

"Let’s say you win this championship... Lewis wins another title, can he go to seven?" 1996 world champion Damon Hill asked Mercedes team boss Toto Wolff on Sky Sports television on Sunday, voicing the thoughts of many.

The Austrian's reply, while emphasising that nothing was being taken for granted, was revealing.

"I think it’s important to reinvent yourself and set new objectives," he said.

"And there is always the risk of complacency, that you are running out of targets... so we are setting ourselves ambitious targets."

Hamilton's record already bears comparison to Schumacher's, and in some areas exceeds the great German's achievements.

Saturday brought the Briton a record-extending 80th pole from 225 starts, compared to Schumacher's 68 in 307 races.

Britain's most successful driver has 131 podium places since his debut in 2007, compared to Schumacher's 155.

Schumacher won 72 races with Ferrari between 1996 and 2006. Hamilton has won 50 with Mercedes in less than six seasons.

There, the win figures are 49 for Hamilton (so far) and 48 for Schumacher but the percentage rate remains in the German's favour since there are now more races on the calendar. On podiums, Hamilton is ahead 77-66.

Hamilton has also matched or beaten Schumacher at key stages of his career, the German taking his first title with Benetton aged 25 whereas the Briton opened his account at McLaren as a 23-year-old.

Schumacher, whose January 3 birthday falls four days before Hamilton's, was also 33 when he celebrated his fifth championship in 2002 -- but he did it in France in July with six races to spare.

Hamilton, 67 points clear of Ferrari's Sebastian Vettel with four races to go, has his first chance to clinch title number five in Texas at the end of next week.

Nothing lasts forever but Mercedes will start 2019 more settled than those immediately below them in the pecking order, the only top team to field an unchanged lineup.

Error-prone Ferrari will be exchanging 2007 world champion Kimi Raikkonen for Monegasque youngster Charles Leclerc while Red Bull start a new partnership with Honda, whose engines have yet to match those of Mercedes or Ferrari.

Hamilton is in the form of his life, hungry for more and as motivated as ever. If Mercedes can keep providing him with a winning car, then comparisons with Schumacher will only become louder.