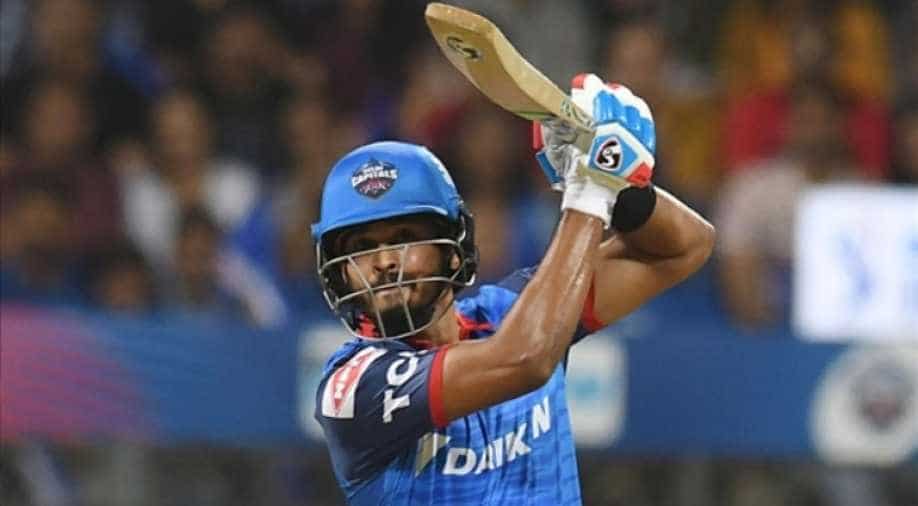 Lancashire Cricket on Monday announced the overseas signing of Indian batsman Shreyas Iyer for the 2021 Royal London Cup. Iyer will be playing for Lancashire in the month-long group stage of Royal London Cup 2021 and will arrive at the Old Trafford in Manchester on July 15.

Lancashire Cricket on Monday announced the overseas signing of Indian batsman Shreyas Iyer for the 2021 Royal London Cup. Iyer will be playing for Lancashire in the month-long group stage of Royal London Cup 2021 and will arrive at the Old Trafford in Manchester on July 15.

Iyer's signing continues Lancashire's long association with Indian cricket with the likes of Farokh Engineer, Murali Kartik, Dinesh Mongia, VVS Laxman and Sourav Ganguly having played for the club in past.

Notably, Lancashire Cricket also became the first-ever English County club to have hosted a pre-season training camp in Mumbai in 2020.

Speaking after agreeing to join Lancashire for the 2021 Royal London Cup, Shreyas said: “Lancashire is a legendary name in English Cricket with a long-standing association with Indian Cricket. I am extremely humbled and honoured to carry the legacy forward of greats like Farokh Engineer, Sourav Ganguly and VVS Laxman at Lancashire.

“Emirates Old Trafford is a world-class international stadium and I am looking forward to meeting my teammates and the supporters of the Club.”

Lancashire’s Director of Cricket, Paul Allott, added: “Shreyas is one of the shining lights of a new generation of Indian batsman and a leader, and we’re delighted that an opportunity to bring him to Emirates Old Trafford has presented itself.

“With the expectation that we will be fielding a younger side in this year’s Royal London Cup due to the Hundred, it was important that we brought in a top-order batsman with experience at the highest level to enhance our prospects in the tournament.

“Shreyas has experience of captaining in an IPL final as well as playing in top-level international fixtures, so his on-field skills, and ability to remain calm in high-pressure situations, will serve our young squad well this summer.

“His current form against England has been hugely impressive and we’re looking forward to welcoming him to Lancashire Cricket and Emirates Old Trafford later this summer.

ALSO READ: 'It all depends on...': Eoin Morgan provides update on Jofra Archer's chances of playing in IPL 2021

“We hope that this signing will reward Members’ patience for not being able to attend Lancashire fixtures last year and demonstrates our continued commitment across all three domestic competitions this summer.”

Iyer has accumulated over 6,000 one-day runs across his career including nine centuries. In international cricket, he averages just short of 45 in ODI cricket including eight fifties and a century to his name since his debut in 2017.

Lancashire Cricket will kick off their Royal London Cup campaign at home to Sussex on Friday 23 July, with a friendly fixture against Cumberland CCC on Tuesday 20 July.