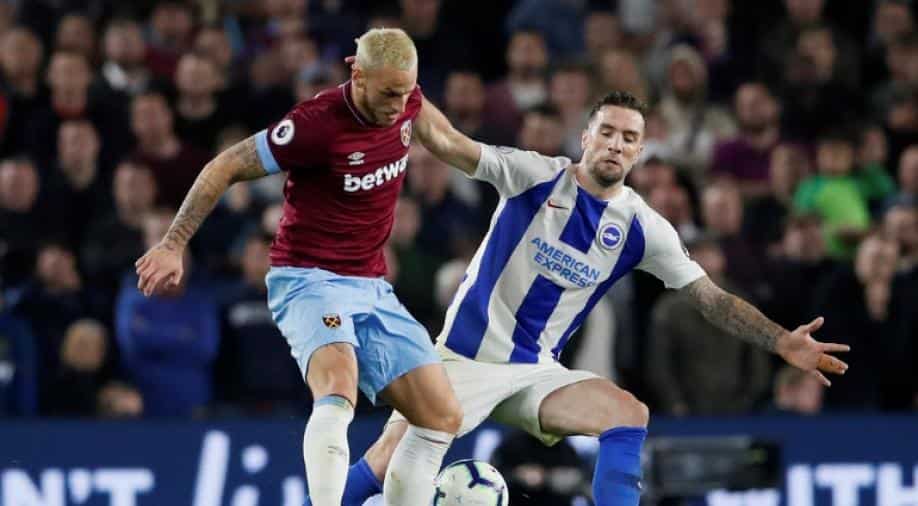 Murray's 99th goal for Brighton in all competitions left his team 12th on eight points from as many games while West Ham, who had won two of their previous three fixtures, are 15th on seven points.

Brighton and Hove Albion moved clear of the Premier League's relegation zone and snapped their five-game winless streak after a Glenn Murray goal gave the south coast side a 1-0 home win over West Ham United on Friday.

Brighton manager Chris Hughton was able to breathe a huge sigh of relief after seeing the battling home side chalk up three vital points in their first league win since a 3-2 defeat of Manchester United in August.

"As the game went on we rode our luck but sometimes you need that," Hughton told Sky Sports.

"It's a first clean sheet of the season for us and you need a goalscorer. It's a massive win for us."

Murray's 99th goal for Brighton in all competitions left his team 12th on eight points from as many games while West Ham, who had won two of their previous three fixtures, are 15th on seven points.

West Ham dominated a scrappy contest but were undone by a fine move and a predator's finish as 35-year-old Murray, who is in his second spell at Brighton, steered home a fine Beram Kayal cross from the left in the 25th minute.

Murray had previously blocked a goal-bound volley by West Ham striker Marko Arnautovic, who spurned a great chance to snatch a late draw for the visitors when he shot over the bar from five metres.

It summed up a frustrating evening for Arnautovic, who misfired high and wide several times and was denied space all evening as the home team's resolute defending cut out the supply routes for the towering Austrian.

"It was a tough night, he had chances but thankfully he didn't take them. We worked hard on their front three in the week, they threw everything at us."

"Frustrated because I think we do the things to win the game, we had three clear chances to score and didn't," he told the BBC.

"They had one chance in the first half and then defended. We deserved more."