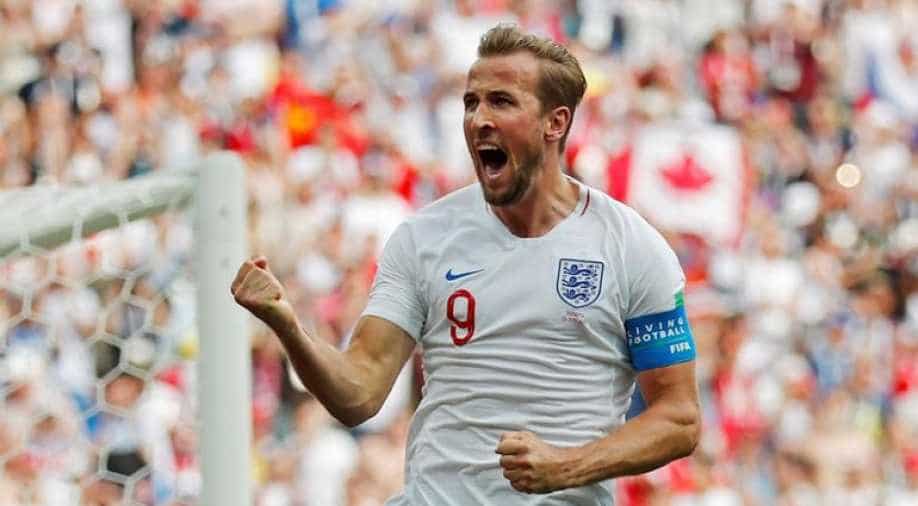 Harry Kane will break the Premier League record and the England one but he’s not just a goalscorer. He’s unbelievable, says Jack Grealish.

England midfielder Jack Grealish said captain Harry Kane is the best player he has ever played with and tipped the Tottenham Hotspur forward to break the Premier League scoring record.

Kane drew a blank in each of England's three group games at Euro 2020 but scored the second goal in Tuesday's 2-0 win over Germany which put them into a quarter-final clash with Ukraine in Rome on Saturday.

Grealish said Kane, or "H", was a deadly finisher but also praised his work outside the box.

"No one here would ever doubt 'H'," Grealish told British media on Thursday. "He's the best player I've ever played with.

"He'll break the Premier League record and the England one but he’s not just a goalscorer. He’s unbelievable when he drops deep and finds passes and puts it through people’s legs."

Alan Shearer is the Premier League's all-time leading scorer with 260. Kane is seventh on the list with 166.

Grealish came off the bench to play a role in both goals in the win over Germany but the 25-year-old said he was uncertain if he would start against Ukraine, given the attacking options at coach Gareth Southgate's disposal.

"It’s difficult. I’m always playing every minute at Villa. I have to be realistic about myself and the talent that we have, especially in my position," he said.

"You've got six players that play either side of Harry that, in reality, could play for most clubs in the world -- myself, Jadon (Sancho), Marcus (Rashford), Raheem (Sterling), Phil (Foden) and Bukayo (Saka)," he said.

"That’s scary how good us six are. That’s not being big-headed. That’s just the truth."