We have got the right people in the right jobs: Faf du Plessis 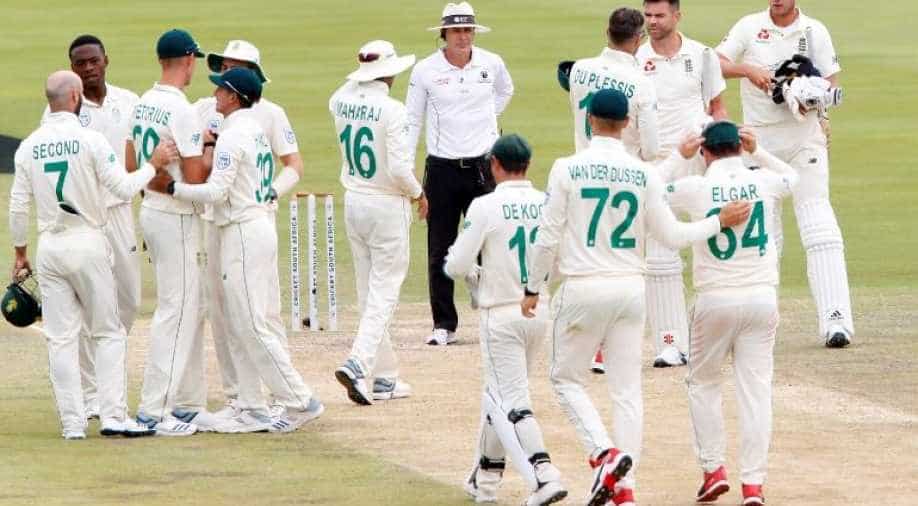 The hosts ended a run of five straight Test defeats with a 107-run win over England at Centurion Park on Sunday and the skipper hailed the new coaching structures and fresh personnel in Cricket South Africa's (CSA) administration.

Drastic structural changes in South African cricket over the last month contributed significantly to the Test side turning around their fortunes and starting the four-match series against England with a win, says captain Faf du Plessis.

The hosts ended a run of five straight Test defeats with a 107-run win over England at Centurion Park on Sunday and the skipper hailed the new coaching structures and fresh personnel in Cricket South Africa's (CSA) administration.

“Now we can trust the system a little bit more and just focus on playing cricket,” said Du Plessis. “There is a lot more confidence in the structures, going from the top down.

CSA suspended chief executive Thabang Moroe on December 6 following allegations of misconduct and just hours after their major sponsor said it would not renew its contract in protest at poor governance in the organisation.

Enoch Nkwe, who as acting coach took the team on a three-Test tour to India in November where they were soundly thrashed, stayed on as assistant coach.

“Leadership always comes from the top and filters down and so I feel like, by starting that, it sets the tone for the way that we are playing now," Du Plessis added.

"You have to put those things in place for the things underneath to work in your favour."

South Africa’s test side have struggled since iconic players like Smith, Boucher, Kallis, Hashim Amla and Dale Steyn retired but also have had to deal with the tricky issue of balancing team selection with the need for racial transformation.

Off the field CSA clashed with the powerful Indian cricket board (BCCI), who had a testy relationship with previous CSA CEO Haroon Lorgat, and lost millions when India reduced the number of money-spinning matches they played in South Africa.

More recently, the botched launch of a Twenty20 league also hit CSA’s coffers hard and they are still at loggerheads with the players’ association, who are demanding that the entire CSA executive resign.