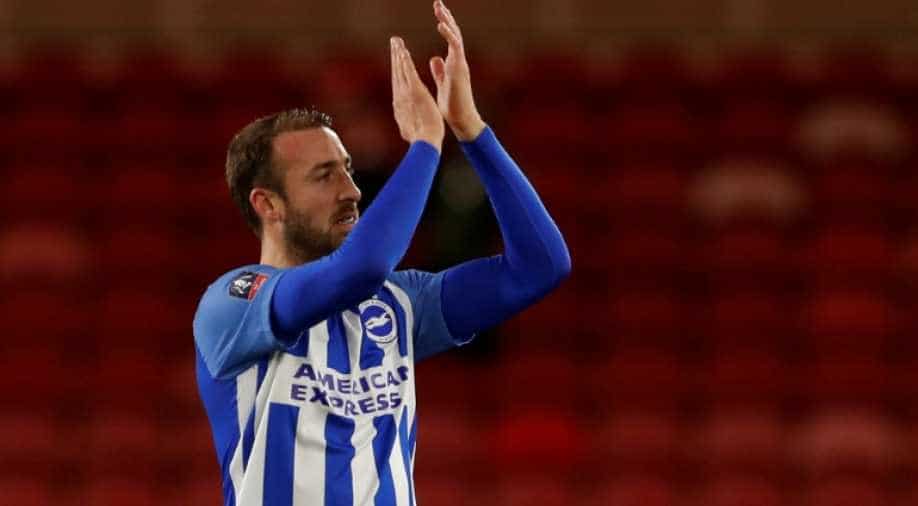 Murray scored his eighth goal of the season with a penalty in Brighton's 3-1 victory over Crystal Palace.

Brighton and Hove Albion's top-scorer Glenn Murray is a doubt for Saturday's Premier League trip to Burnley due to a shoulder injury, manager Chris Hughton said on Thursday.

Murray scored his eighth goal of the season with a penalty in Brighton's 3-1 victory over Crystal Palace on Tuesday but the 35-year-old sustained the injury in a fall and was substituted in the first half.

"We'll assess Glenn in the morning -- today it wasn't as bad as we thought -- we'll give him every opportunity to be fit," Hughton told a news conference.

"He went over on his shoulder but it's not dislocated. It's a bit sore but better than what it could have been."

Murray's replacement Florin Andone also scored in the win over Palace and the Romanian forward is expected to lead the line again on Saturday.

Winger Jose Izquierdo could also miss the game at Turf Moor with a knee problem while defender Shane Duffy is suspended after picking up a red card in the last game.

Brighton are 10th in the table with 21 points while Burnley are second from bottom on nine points.