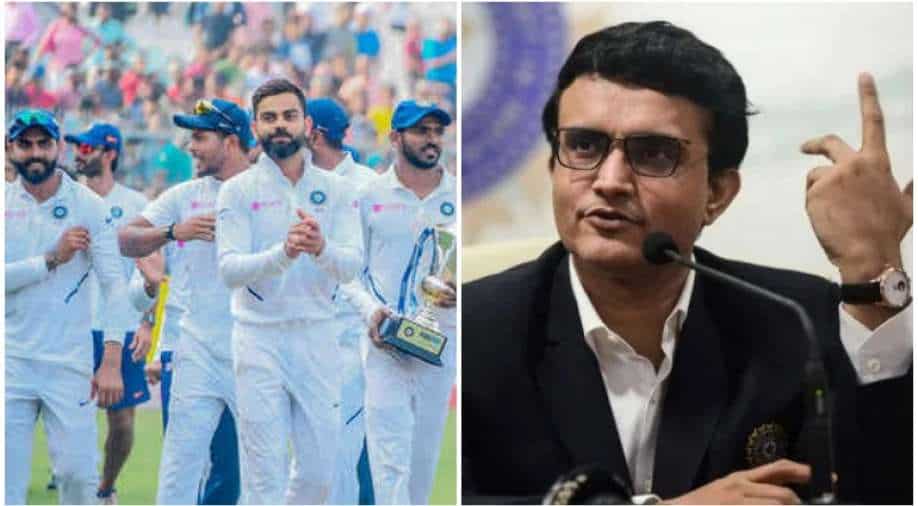 BCCI chief Sourav Ganguly has confirmed that the pink-ball Test between India and Sri Lanka will be held in Bengaluru. Details Inside:

BCCI President Sourav Ganguly has revealed that Bengaluru is set to host the upcoming pink-ball Test between India and Sri Lanka. Currently, the Indian team is gearing up for their white-ball series versus West Indies, at home, before Sri Lanka will turn up in India for two Tests and three T20Is.

Thus, Ganguly confirmed that Bengaluru will host the day-night Test between India and Sri Lanka, however, the rest of the venus haven't been finalised yet. “Yes, the pink-ball Test will be happening in Bengaluru. We have not decided on all the venues for the Sri Lanka series yet, but it will be announced shortly,” Ganguly told Sportstar.

For the unversed, Sri Lanka will travel to India for three T20Is and two Tests. Earlier, the two-match Test series was set to be held before the T20Is but BCCI have reportedly accepted Sri Lanka Cricket Board's (SLC) request to tweak the itinerary a bit to ensure a smooth bubble to bubble transfer. Further, Sri Lanka will come to India following a five-match T20I series versus Australia, Down Under, whereas Rohit Sharma & Co. will end their WI series with the shortest format, hence, the same format will kickoff the Islanders' tour before the action moves to the two Tests.

Dharamshala is likely to host the first two India-SL T20Is before the series finale and the Test series opener will take place in Mohali. Bengaluru will, thus, host the tour finale; i.e. a day-night Test between the two Asian sides.

This means Virat Kohli will miss out on playing his 100th Test in Bengaluru, where he enjoys a massive fanbase for representing the city's IPL side since 2008. The former captain is one shy of playing his 100th Test and will most likely see it happen in Mohali (unless injury or other reasons force his unavailability).