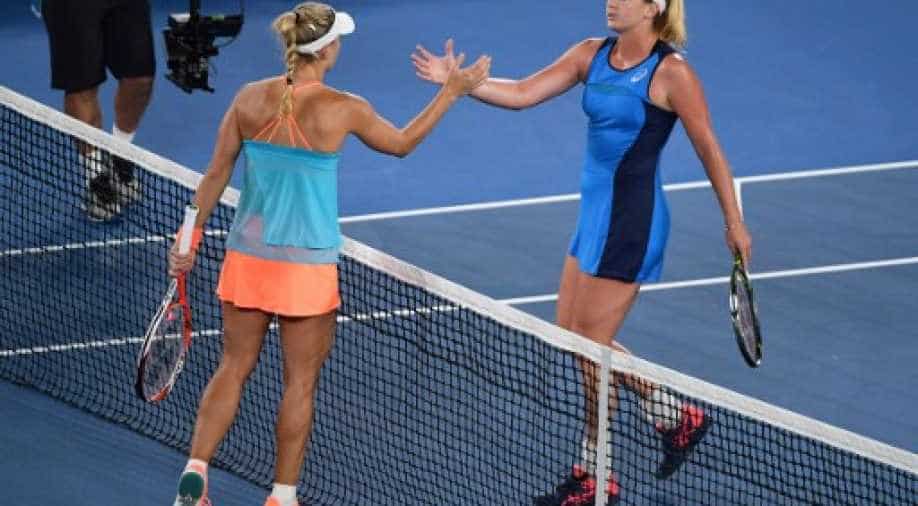 Coco Vandeweghe of the US (R) shakes hands with Germany's Angelique Kerber after the match. Photograph:( AFP )

Top seed and defending champion Angelique Kerber was knocked out by American Coco Vandeweghe in the fourth round of the Australian Open, capping off a dramatic day of upsets.

Kerber's loss came hours after top seed on the men's side Andy Murray was dumped out by Mischa Zverev.

Kerber lost to the big-hitting American in straight sets 2-6 3-6 at the Rod Laver Arena in Melbourne.

This will be Vandeweghe's first quarter-final appearance at the Australian Open.

"I guess I faked (having confidence) a lot because I was feeling like crap out there," said the American. "But, you know, fake it 'til you make it' .... my game plan was to execute knowing that she was going to get a lot of balls back."

Kerber had a remarkable 2016, winning the Australian Open and the US Open.

Vandeweghe, who celebrated her biggest career victory with a shrug of the shoulders, moves on to meet Spanish seventh seed Garbine Muguruza in the last eight.