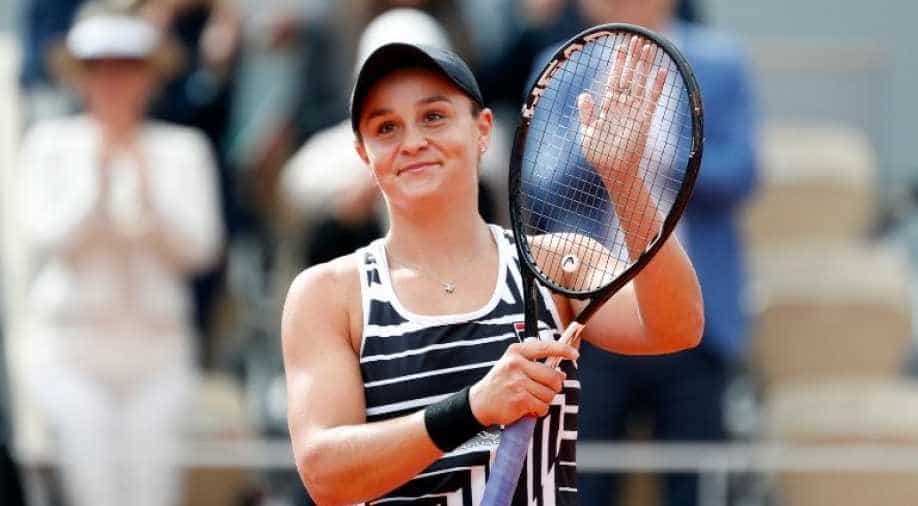 The 23-year-old Australian fired six aces, won four break points and won 77 per cent of points on her first serve in a match that lasted an hour and 25 minutes.

French Open champion Ashleigh Barty warmed up for Wimbledon with a comfortable 6-4, 6-3 win over Venus Williams to reach the semi-finals of the Nature Valley Classic in Birmingham on Friday.

The 23-year-old Australian fired six aces, won four break points and won 77 per cent of points on her first serve in a match that lasted an hour and 25 minutes.

World number two Barty was given a scare in the opening set when Williams flew into a 4-1 lead but the American was undone by her rising unforced error count (28), which gave Barty the opening she needed to get back into the contest.

"I knew my level would have to be very good today to make it a contest. Venus was an inspiration to every single girl and boy around the world, she still is," Barty said on court after her win.

"What she's been able to do for this sport is incredible. Her career has been phenomenal and it's not over yet," adding that she could "absolutely not" see herself playing at 39 like Williams.

Barty is now two wins away from becoming the first Australian woman to top the tennis rankings in more than 40 years as a title win in Birmingham will allow her to leapfrog world number one Naomi Osaka, who exited in the second round.

"You start to think ahead, it's natural, it happens," Barty said of the potential number one ranking. "It's important for me to come out and focus tomorrow. Whatever happens, happens."

The other semi-final will be played between Germany's Julia Goerges and Croatia's Petra Martic, who outlasted Jelena Ostapenko 6-7(4), 7-5, 6-1 in a marathon encounter.

ENG vs WI: Ben Stokes leads tribute with key worker names featuring on his team’s shirts as first Test gets under way