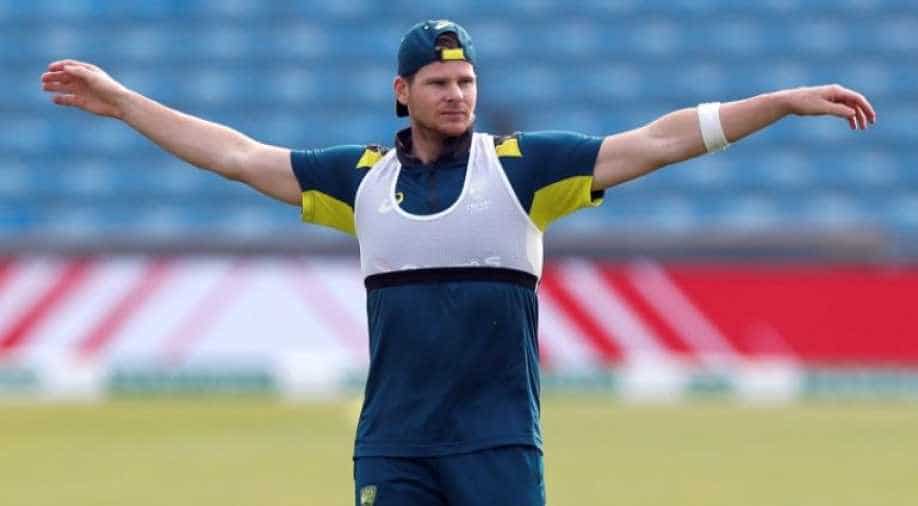 Smith's concussion substitute Marnus Labuschagne did all that could have been asked of him, carving out a defiant pair of half-centuries at Headingley

As England basked in an Ashes salvation led by all-rounder Ben Stokes at Headingley, Australia were left to hope for the return of their own saviour in Steve Smith for the fourth test at Old Trafford.

Stokes was deservedly hailed on Monday for his heroic unbeaten 135 that secured a rousing one-wicket win to level the series at 1-1.

In time, however, paceman Jofra Archer might be viewed as the man who turned the series on its head with a bouncer that left Smith floored at Lord's and still dizzy at Leeds.

Smith's concussion substitute Marnus Labuschagne did all that could have been asked of him, carving out a defiant pair of half-centuries at Headingley despite some bruising treatment from England's pacemen.

The all-rounder's contributions were branded Smith-like by home pundits, not merely in the sense that he top-scored for Australia but more ruefully that his was virtually a lone hand.

It may have been England's abject first innings 67 that hogged the headlines early in the test, but Australia had little to cheer in their own opening 179.

In the cold light of defeat and without Smith's large shadow, Australia's batsmen have nowhere to hide and most head to Old Trafford in dire form.

"One thing I do know is we're not batting well enough at the moment," coach Justin Langer said on Monday.

"I said at the start of the series that the team that bats best will win the Ashes. We're certainly not at our best with our batting at the moment.

"We've got some real questions to ask for ... the fourth test match."

Usman Khawaja's total of 31 runs at Headingley leaves him with an average of 20.33 for the series.

His is still comfortably better than opener David Warner's 13.16, a mark flattered by his first innings 61 at Headingley.

Matthew Wade's 110 in the Edgbaston opener now seems a distant memory, with a combined 40 runs in his four innings since.

Opener Marcus Harris, who replaced the jettisoned Cameron Bancroft, failed to make the most of his chance, scoring eight and 19 at Headingley, while grassing a tough chance that would have dismissed Stokes and secured Australia victory.

Wicketkeeper-captain Paine's poor series with the bat continued as he managed 11 and a second innings duck.

Langer also suggested that some of his batsmen would need a break at some stage before the end of the five-match series.

"We're (also) going to have to rest some players, just to give them a mental freshen-up more than anything.

"They've been here for Australia A or the World Cup and sometimes the mental breaks is as important as anything.

"So they're the questions that will be asked - who do we give a break to? Who do we play? All those sort of things we'll have to ask."

As Langer pondered those questions there was some good news with Smith, far and away Australia's top run-scorer with 378 from two tests, back in the nets and expected to play in the three-day tour match against Derbyshire starting Thursday.