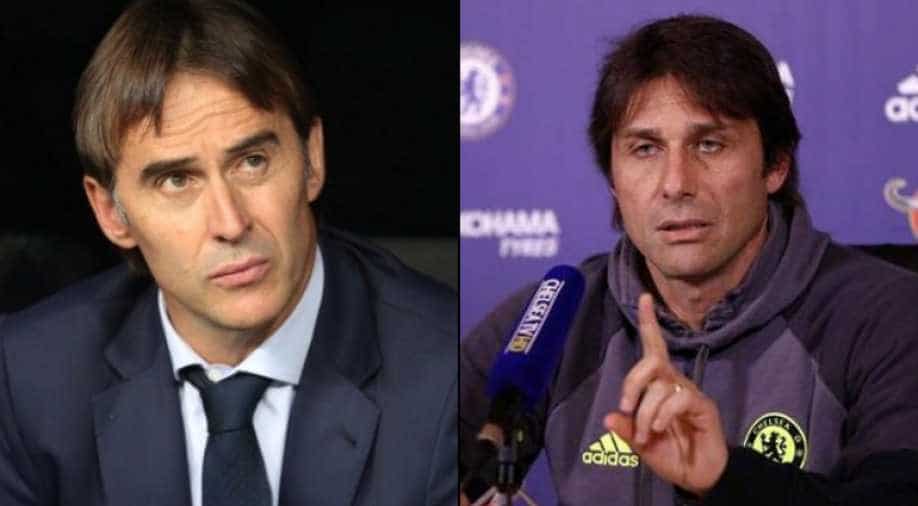 Pressure has been piled up on Real Madrid coach Julen Lopetegui after 1-5 crushing defeat to arch-rivals Barcelona in this season's first El Clasico on Sunday at Camp Nou.

Lopetegui, who was appointed as Madrid's coach after Zinedine Zidane's exit, accepted responsibility for the club's crisis period.

The rumours went viral that Lopetegui will be sacked due to the club's poor performances in the past few weeks.

While the main question arises that who will replace Lopetegui at Real Madrid after his departure, if it happens.

The media reports mentioned that the Italian is keen to take the job.

The only problem with Conte is that he has a legal dispute to settle with Chelsea.

Barca manager Ernesto Valverde said he preferred not to see any manager sacked, including Lopetegui.