Why Indian stone henges are not UNESCO heritage sites 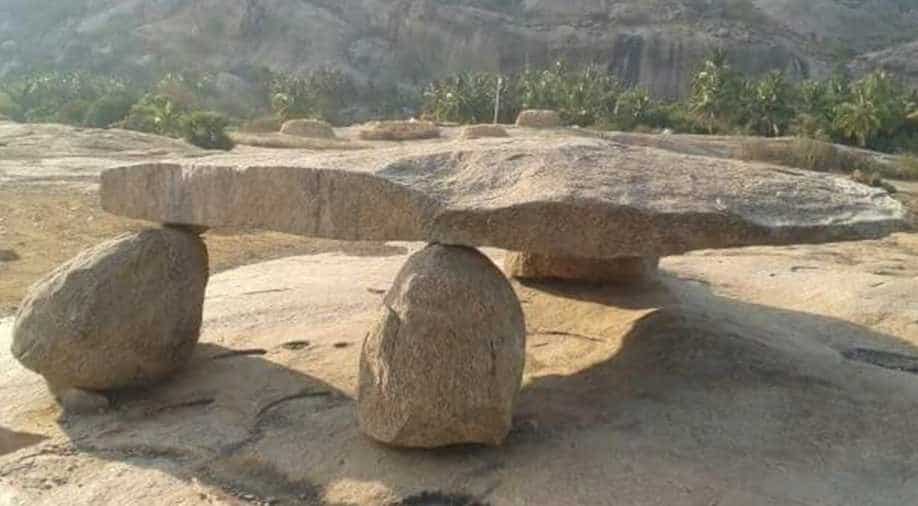 That India was once a flourishing country of various tribes can be substantiated from the diverse architectures of prehistoric megalithic monuments that dot the country from Kashmir in the north to Kerala down south, and from Manipur in the far east to Gujarat in the west. Despite this profuseness, the common man still remains oblivious of this major source of India’s prehistory.

The term megaliths, having its origin in Greek etymology, is essentially a union of two Greek words of 'mega' meaning large and 'lithos', suggesting stones.

Megaliths are burials of sorts of the deceased which the tribals across India had once raised, and continue to do after the death of their near ones. These are also commemorative stones which the tribals erect in the memory of their departed.

Megaliths in India are the fascinating creations of the ancient Indians.

Megaliths in India are the fascinating creations of the ancient Indians. It embraces a broad array of architecture, ranging from dolmens, menhirs, stone circles, and cairn circles among others. Also, excavations have revealed extensive burials patterns, such as sarcophagi, cist circles, pit circles, dolmenoid cists, cist within cist, urn burials, pot burials etc.

Excepting in a few states of India, ancient megaliths have been found all over. The peninsular part of South India accommodates a wide variety and a large density of these tombs. From Vidharbha in central India to Gujarat, M.P., Chhattisgarh and U.P., a wide array of megaliths are interspersed everywhere.

Menhirs in Manipur. (Others)

Tribals also erect menhirs in memory of significant incidents in their communities, families and villages.

The tribes of different states have varied names for their megaliths. The megalithic tribes of Jharkhand as Mundas, Asurs, Oraons and the Hos call a menhir either a birdiri or a burudiri, whereas for them a dolmen is known as sasandiri. Every tribal village of the state comprises of a burial ground called hargarhi, harsali or jangarha in which the sasandiris or the birdiris are placed. A megalith is also called a pathalgadha in the state. In Chhattisgarh and M.P. the Korkus call their menhirs Mundas.

The memorial stones of both the Gonds and Bison-horn Marias are called Uraskal. The Gadabas of Orissa still erect menhirs as commemorative symbols for the deceased and also create stone circles which they call as sindibors. Dolmens in the Vidharbha region are called pandukal or pandukutti. Dolmens in the of Marayur region belong to the Iron Age and are called Valivadu or Muniyara.

In Central and South India, menhirs with names as varied as kaduvakal, virgal, birakal or virakal etc were once raised to honour the departed heroes of their communities. In Tamil Sangam literature menhirs are called nadukal.

The Garos call their menhirs Kima whereas the Khasis have diverse names for their menhirs as Kinmou, Mounam, Moulaniti, Mongni or Moukni depending on the particular purposes for which they are raised where a dolmen for them is maokinthayi.

It was the British who brought the megaliths of India to the limelight.

Tribals also erect menhirs in memory of significant incidents in their communities, families and villages. Menhirs are also set up as boundary stones of their villages. Modern research has revealed that several megaliths in the country as that of Vibhuthihalli, Hanamsagar, Nilurallu, Punkri Burwadih and Chano, like their European counterparts, have been made in accordance to astronomical orientations. These served as observatories of the transits of the sun and the moon, perhaps, to function as calendars of their communities.

It was the British who brought the megaliths of India to the limelight. They were knowledgeable of megaliths since Britain is home to a vast number of these monuments. They were indeed surprised to find such a wide assortment of megaliths across all over India. Megalithic burials do find mention in Buddhist Tripataka and their other stories but very scantily in the Vedic corpus. However, as discussed above, there are references of various megalithic burials in the Dravidian Sangam literature.

India, despite being a treasure house of megaliths, does not hold the coveted World Heritage tag, as do Britain and Europe.

Road building has destroyed many a megalith across the country. In such a course buried pots have been unearthed from several megalithic sites of the Pathalgadda region of Jharkhand. It has yielded chalcolithic remains that may push the dates of many megaliths of Jharkhand to the Chalcolithic era. The megaliths of Asota and Burjahom have been dated to the Neolithic era and their excavation has, surprisingly, revealed no grave remains.

Many megaliths in Junapani and that in M.P. too seem to be non-sepulchral in nature as their excavation has yielded no buried bodies.

India, despite being a treasure house of megaliths, does not hold the coveted World Heritage tag, as do Britain and Europe. Much to the happiness of the tribals in India, Hire Benekal could have been the first ever megalithic complex to receive this prestigious label. Chokahatu in Jharkhand, on the other hand, is not only an enormous site, spreading to a few acres of land that house over 8000 megaliths. The Munda tribals still erect their sasandiris here, making it the only megalithic site in India in use for over 2500 years. The continuous uninterrupted usage of the megalithic site for over two millennia makes Chokahatu an obvious claimant of the World Heritage Status.

Megaliths are not protected as heritage monuments in most states, and they are being destroyed constantly by the villagers in greed of buried treasure. Many who know nothing of megaliths, cart away menhirs to their homes, using them as drain covers or as washing stones by their wells.

Scholars have done little or nothing in promoting the significance of a megalith. Little does one know that India is one of the rare countries in the world where many tribes continue to practice megalith-making as a living heritage since archaic times.  Thus, without megaliths, the prehistory of India remains incomplete.

The common man is still ignorant of these ancient monuments of the humankind. Fortunately, one observes that among the younger generation, there is a growing surge of curiosity and interest in megaliths. 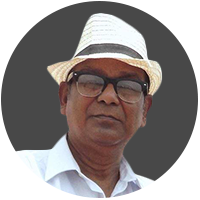 Subhashish Das is an author and independent researcher on megaliths of India.