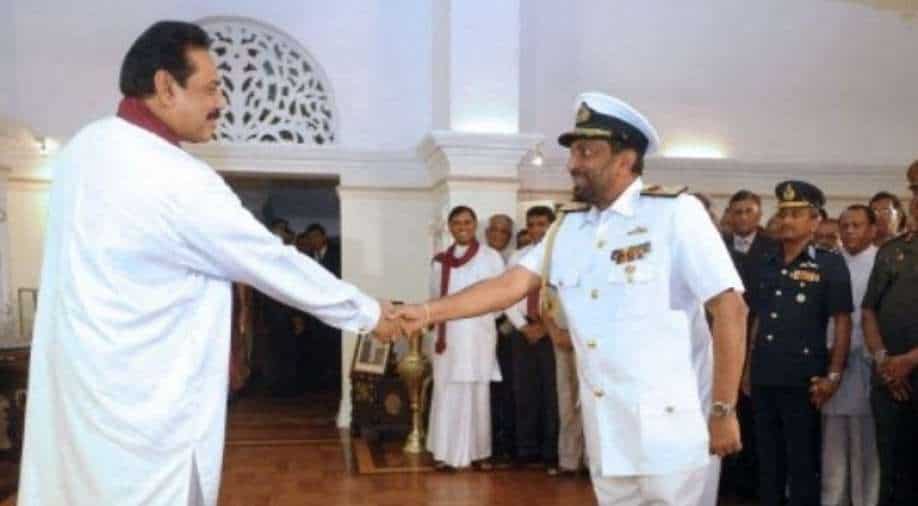 The investigation into Admiral Wasantha Karannagoda cast a spotlight on extrajudicial murders during the 37-year conflict, which ended in 2009.

A former Sri Lanka navy chief previously charged over a spate of killings during the island's long civil war was on Thursday named a provincial governor.

The investigation into Admiral Wasantha Karannagoda cast a spotlight on extrajudicial murders during the 37-year conflict, which ended in 2009.

He was one of 14 people accused of abducting the teenaged children of wealthy families and killing them after extorting money.

Authorities dropped the charges in October, prompting an outcry from human rights groups.

President Gotabaya Rajapaksa -- who served as defence chief in the final years of the war -- appointed Karannagoda governor of North Western Province, a press release said.

Four charges had been laid against Karannagoda including conspiracy to murder, which carries the death penalty.

Police said the victims were not linked to ethnic Tamil separatist rebels and were kidnapped purely to extort money from families. Some were killed even after cash was handed over.

Military figures have been widely accused of extrajudicial killings during the war. The final days of Sri Lanka's civil war were marked by serious abuses, according to rights groups.

A UN panel has said 40,000 civilians may have been killed in the last stages of the conflict.