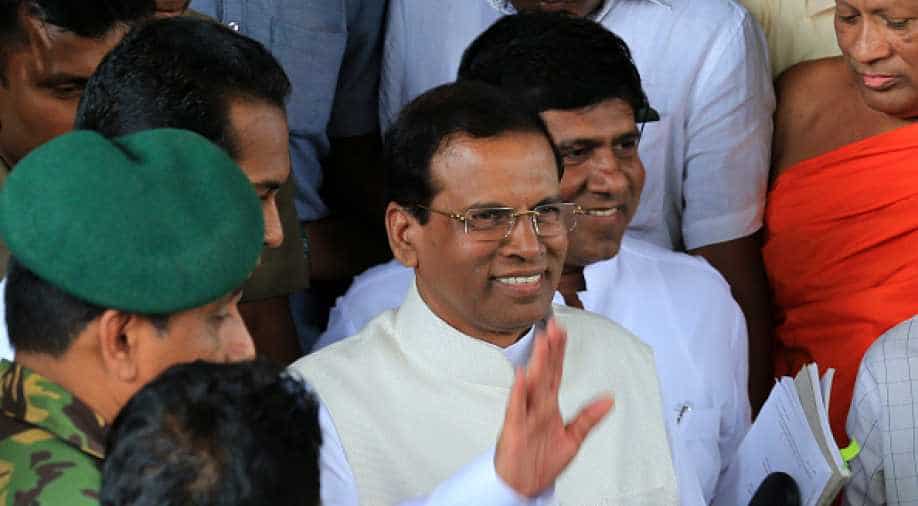 Sri Lanka's President Maithripala Sirisena is defending the army, which has been blamed for killing 40,000 minority Tamils during the final battle against Tamil Tigers in 2009. Photograph:( Getty )

The Sinhalese-majority Sri Lankan army has been accused of of killing almost 40,000 Tamils during the final fight against Tamil Tigers in 2009.

The UNHRC has since asked the Lankan government to probe the war crimes, pay compensation to families of victims in an ethnic war that spanned 37 years and killed around 100,000 lives.

Sirisena's office on Sunday said they had sent a message to Trump, asking him to intervene in the matter.

"I sent a special message to Donald Trump asking him to support us at the (council)," the President said. "I am asking him to help completely clear my country (of war crimes allegations) and allow us to start afresh."

The Sri Lankan president said he had made a similar request to the incoming UN Secretary-General Antonio Guterres.

The country's military had waged a decades-long war against cessationists Tamil Tigers because the latter wanted to carve out a Tamil state in the north and  east of the country.