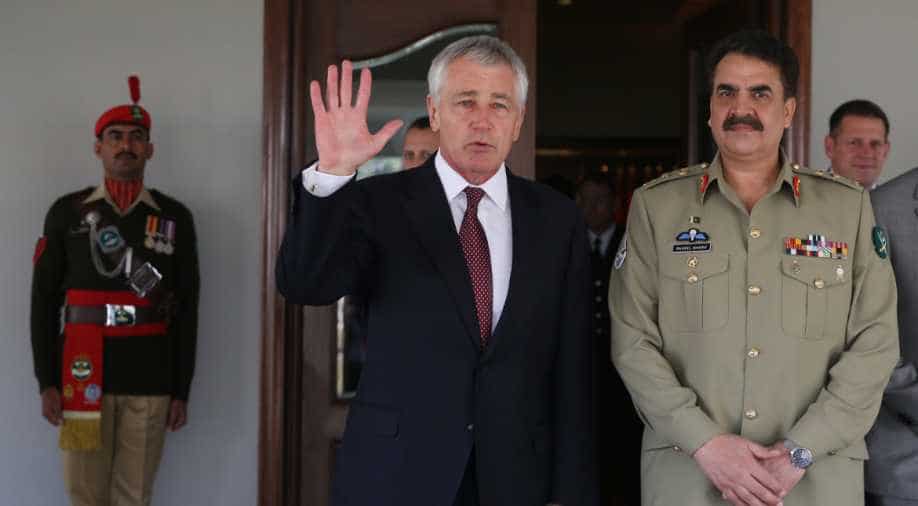 Pakistan army chief (R) has called for a crackdown after the high-profile attacks raised fears of a slide back into chaos in the busy metropolis once known as the world's most violent mega city. Photograph:( Getty )

Follow Us
Pakistan's army chief General Raheel Sharif flew to Karachi today for security meetings following high-profile attacks that have raised fears of a slide back into chaos in the busy metropolis once known as the world's most violent megacity.

Sharif ordered commanders to leave "no stone unturned" in finding the attackers who killed a popular singer and gunmen who kidnapped the son of the provincial chief judge, a statement from the military's press wing said.

The killing of Amjad Sabri, one of the most popular singers of "qawwali" Sufi devotional music, on Wednesday was the latest in a high-profile series of attacks in Karachi, a megacity of 20 million plagued by political, ethnic and sectarian violence.

A spokesman for a branch of the Pakistani Taliban claimed the killing.

Improved security in Karachi has been one of the showcase successes for the army's ongoing security crackdown.

Karachi's murder rate fell by 50 per cent after the paramilitary Rangers, who answer to the interior ministry and the army, launched a sweeping crackdown in 2014 against suspected militants and criminals.

Political activists have accused the Rangers of heavy-handed tactics including summary executions and targeting political parties.