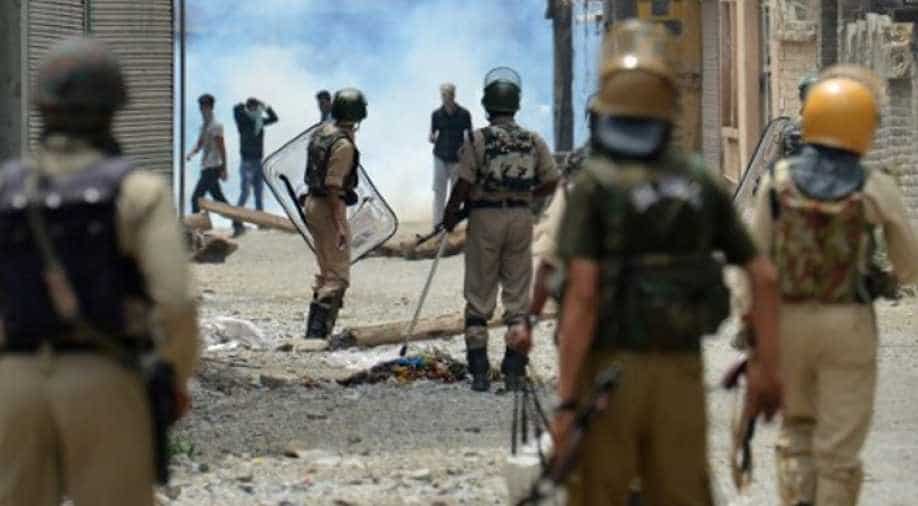 Follow Us
Indian Kashmir continued to be completely shut down for a second day today after 16 people died in clashes between security forces and protesters over the killing of militant separatist Burhan Wani.

Streets were deserted as all shops, major commercial establishments, schools and colleges were closed in the capital Srinagar. Security was tight as troops patrolled the streets fearing trouble by locals.

Wani, a 22-year-old militant, was known for his calls to arms on social media. Since then, the Kashmir Valley has been on the boil with protests breaking out at several places.

To quell tension, prohibitory orders have been imposed in Kulgam, Anantnag, Tral, Kokernag and seven other police stations to maintain law and order.

Mobile phone and internet services remained suspended across some parts of the state as a precautionary measure.

Meanwhile, a pilgrimage to a cave shrine of Amarnath in Kashmir was suspended for the second day for security purposes.

The pilgrims were made to stay at a base camp in Jammu city set up by state authorities.

Pilgrims, however, were determined to complete the journey.

Thousands of pilgrims undertake the journey or Amarnath Yatra to the shrine cave to worship an ice stalagmite called 'Shivling', a symbol of Lord Shiva, the Hindu god of destruction and regeneration.

The cave containing the holy Shiva shrine stands at a height of nearly 12,500 feet (3,888 metres) above sea level, around 141 kilometres from Kashmir's capital Srinagar.

The 48-day pilgrimage is slated to conclude on August 18.

Unrest in the valley

Violence in Kashmir valley has spiked against a backdrop of rising social tension and separatist sentiment in the Muslim-majority region, which for decades has been at the centre of a strategic tussle between India and Pakistan.

India and Pakistan have fought two of their three wars since independence in 1947 over Kashmir, which they both claim in full but rule in part.

India accuses Pakistan of training and arming the rebels in the portion it controls and sending them to the Indian side, a claim its neighbour denies.