In Pakistan, mob stones man to death for allegedly burning some pages of Quran, hangs body from tree 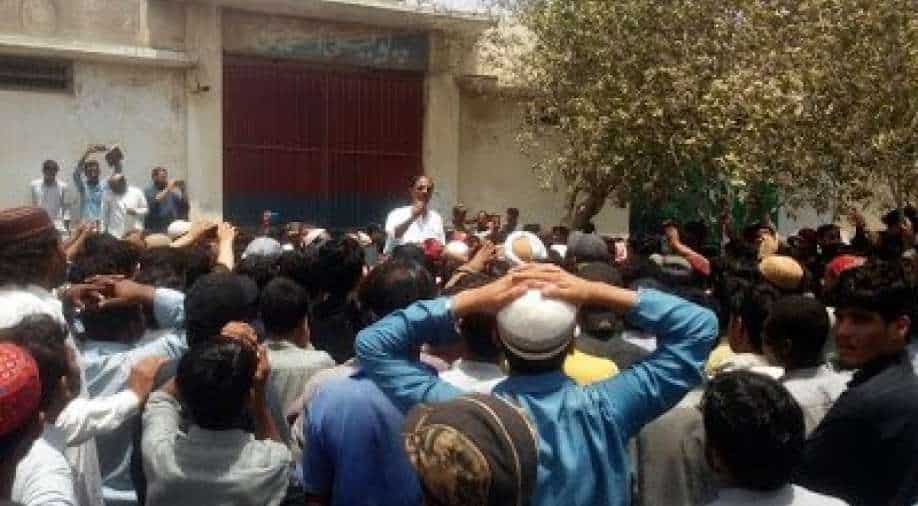 In Pakistan, mob stones a man to death for allegedly burning some pages of Quran, corpse hanged to tree Photograph:( Twitter )

The eyewitnesses have claimed that a team of police had arrived way before the stoning took place. They had caught the culprit, but the crowd seized him from SHO’s custody

A middle-aged man was stoned to death by a mob in a village of Khanewal district in Pakistan’s Punjab province for allegedly desecrating the Quran. Hundreds of locals gathered in Jungle Dera village after Maghrib prayers after there were reports that a man had torn and set fire some pages of the Quran.

The corpse of the innocent man was later hung on the tree.

According to a report by Dawn, the man was claiming innocence but nobody listened to him.

The eyewitnesses have claimed that a team of police had arrived way before the stoning took place. They had caught the culprit, but the crowd seized him from SHO’s custody.

This is not the first incident of mob lynching in Pakistan. Earlier in December, a frenzied mob tortured a Sri Lankan man to death and then burnt his body in public allegedly over blasphemy accusations. The incident took place on Wazirabad Road in Sialkot, where reportedly the workers of private factories attacked the export manager, a Sri Lankan national, of a factory and burnt his body after killing him, the Dawn reported.

Hundreds of men, enraged over the "blasphemy" incident, started gathering outside the factory from adjoining areas. Most of them were activists and supporters of the TLP.

"The mob dragged the suspect (the Sri Lankan national) from the factory and severely tortured him. After he succumbed to his wounds, the mob burnt his body before police reached there," the official said.

As per figures provided by the Centre for Research and Security Studies, Pakistan reported a total of 1,415 cases of blasphemy in the country since 1947.