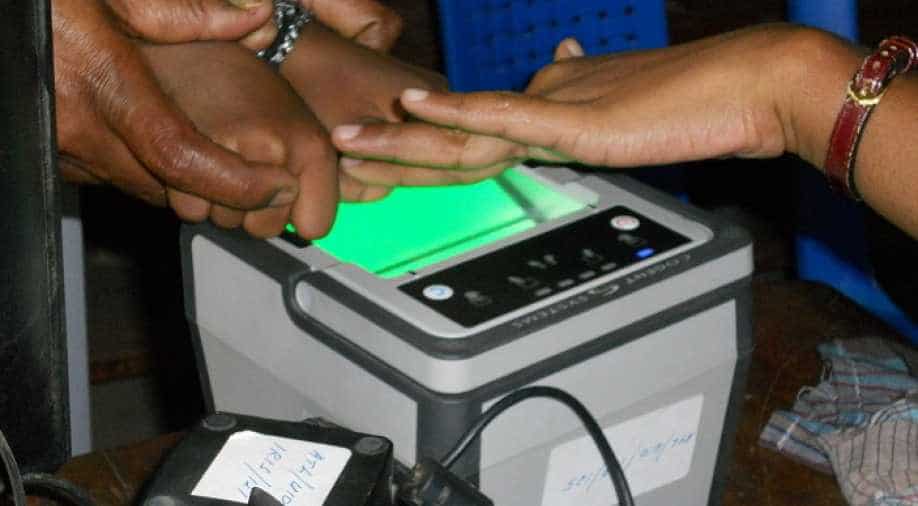 The government intends on bringing in the changes by making an amendment to the finance bill. In photo: Authorities process an Aadhar card appliction. (Image credit: Wikimedia Commons) Photograph:( Others )

The government, news reports said Tuesday evening, intends to make it compulsory for a person filing his or her income tax return to have an Aadhar number.

An Aadhar number will also be compulsory for anybody applying for a PAN number.

Furthermore, the reports said, your PAN number will become invalid should you not have an Aadhar number.

The reports said the government plans on bringing in the changes by making an amendment to the finance bill.

Should the amendment be passed, the changes will come into effect from July 1 this year.

The Supreme Court had said last year that the Aadhar card programme cannot be compulsory.

Anybody making a cash payment larger than that will be penalised at a 100 per cent.

Finance minister Arun Jaitley had in his budget said the government would cap cash payments at Rs 3 lakh.

This change too will be made through an amendment to the finance bill.