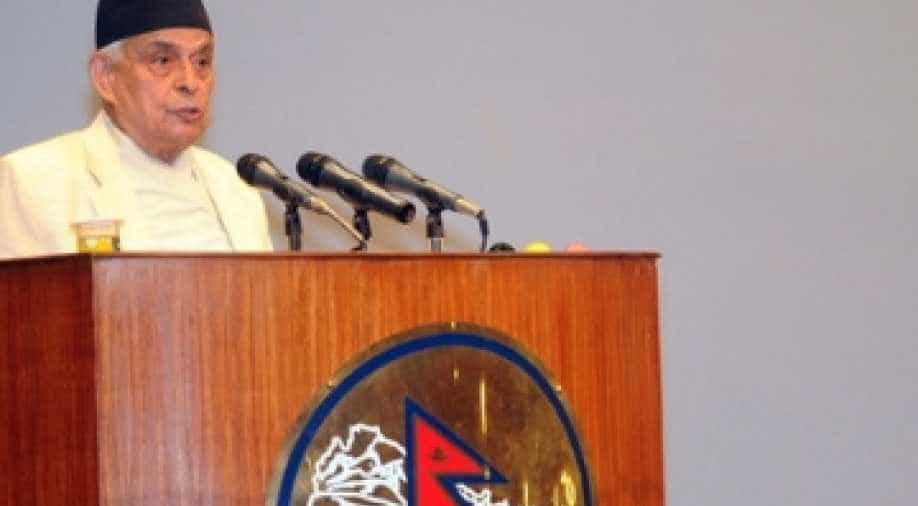 Adhikari, who also served as Finance Minister, died while undergoing treatment at Hams hospital in Kathmandu on Saturday, according to party sources.

Former Deputy Prime Minister and senior Communist leader of Nepal Bharat Mohan Adhikari has passed away. He was 83.

Adhikari, who also served as Finance Minister, died while undergoing treatment at Hams hospital in Kathmandu on Saturday, according to party sources.

He was admitted to the hospital for treatment three weeks ago following problems in chest and lungs.

Earlier on Saturday evening, the hospital had issued a statement saying Adhikari had developed symptoms of multiple organs failure.

A three-time minister, Adhikari also led the Ministry of Labour and Transport Management and Ministry of Law, Justice and Parliamentary Affair once each.

Adhikari was deputy prime minister in the coalition government, which was thrown out in a coup by then King Gyanendra Shah in 2005.

He is remembered for his first stint as finance minister in the first Communist-led government in 1995 led by Man Mohan Adhikari, his elder brother.

Born in 1936 at Bhawarpurna VDC in Mahottari district, Adhikari joined Communist politics during his student life, though he wasn't a full-time cadre.

He will be cremated at Pashupati, Aryaghat in Kathmandu on Sunday.

Adhikari is survived by his wife and three daughters.