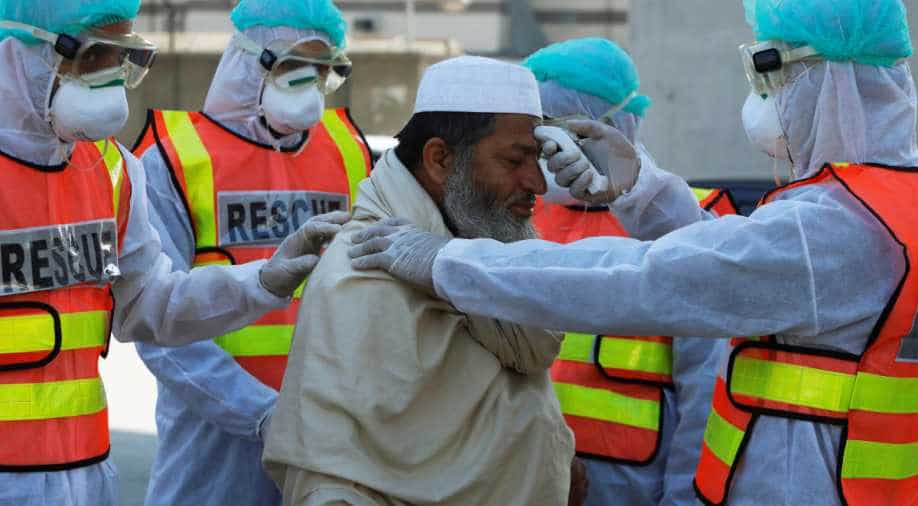 According to a notification of the Punjab health department issued here on Sunday, 48 doctors, mostly young ones, resigned from the posts at the government teaching hospitals. Their resignations have been accepted, it said.

Pakistan on Sunday suffered a setback in fight against COVID-19 as 48 doctors working in the teaching hospitals of Punjab province resigned, citing non-provision of safety gear to protect them from the virus that has killed more than 4,700 people in the country.

According to a notification of the Punjab health department issued here on Sunday, 48 doctors, mostly young ones, resigned from the posts at the government teaching hospitals. Their resignations have been accepted, it said.

"The doctors in question have resigned after the government’s failure to their repeated requests to provide them protective gear against the deadly coronavirus and other inadequate facilities," a senior doctor of a public hospital Lahore told PTI.

He said the government seems to be least interested about the protection of the medics.

"We are front-line soldiers in war against COVID-19 and see what the Imran Khan government is doing with us. A couple of days ago police baton charged doctors in Muzaffarabad (Pakistan-occupied Kashmir), whose only sin was that they were protesting for not getting protective medical kits and salaries,” he lamented.

Following the arrest of 23 young doctors in Muzaffarabad the Young Doctors Association shutdown emergency wards in all hospitals in PoK.

The senior doctor warned that more doctors will quit their job if the government does not pay attention to this issue. Punjab Health Minister Dr Yasmin Rashid, however, claimed that the government was providing required safety kits to doctors, nurses and para-medical staff.

More than 70 medics, most of them doctors, in Pakistan have lost their lives to COVID-19 and over 5,000 infected so far.

According to a report of the National Institute of Health, more than 70 health professionals including 47 doctors have lost their lives to the coronavirus. Of them, 35 victim doctors belong to Punjab province.

Over 5,000 health professionals including 3,000 doctors and 600 nurses have been infected by the deadly virus so far in the country.