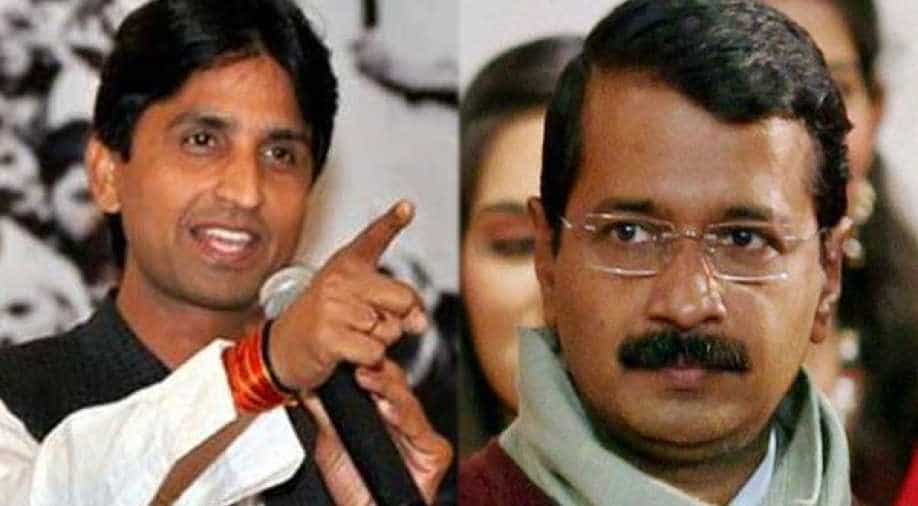 The crisis in the political party that governs India's Delhi NCT may have been averted after one of their aggrieved senior party members was made in-charge of northern Rajasthan state on Wednesday.

The mutiny within the party has also been put to rest after one of their local lawmakers who allegedly tried to spread canards has been suspended.

Aam Aadmi Party (AAP) has also set up a disciplinary committee to probe comments made by the suspended lawmaker.

Earlier in the day, senior party member Kumar Vishwas had threatened to quit the party after Okhla lawmaker Amanatullah Khan had accused him of being an agent of Narendra Modi's Bharatiya Janata Party (BJP).

Stung by the allegations and the recent poll drubbings the party received in Punjab and Delhi, Vishwas felt that the party needed to introspect instead of complaining of voting irregularities.

AAP's national convenor Arvind Kejriwal and other leaders have primarily blamed faulty voting machines for their recent reverses. They claim that the voting machines were rigged by Modi's BJP to their advantage in the recent elections.

But Vishwas' comment about the need to introspect prompted the Okhla lawmaker  to say he was a "BJP agent".

But a three-hour emergency meeting with party head Kejriwal and other senior leaders has subdued the gremlins in Vishwas' head. The party leader had met Vishwas last night to dispel any grudges the latter had.

The Aam Aadmi Party announced that Vishwas would be given more responsibilities.

Delhi deputy chief minister Manish Sisodia told reporters: "He (Vishwas) will be Rajasthan’s party in-charge as the state goes to polls next year."

The announcement is also likely to boost Vishwas'political career, especially after he was relatively marginalised in the recently-concluded regional elections in India.

Indian television channel News18 reported that Vishwas urged the party to fight corruption, erase all differences within the party and galvanise the footsoldiers across the country.

Khan, the Okhla lawmaker, was suspended on Wednesday, and his seemingly inflammatory statement will be probed by the party committee.

Vishwas had also decried that people close to Kejriwal were deliberately trying to undermine his influence in the party.

The Okhla lawmaker had also accused Vishwas of plotting a coup to upstage Kejriwal as the party chief.

But Vishwas categorically denied harbouring any such intentions. He accused Khan of being a "mask" and acting at the behest of a "coterie" surrounding Kejriwal.