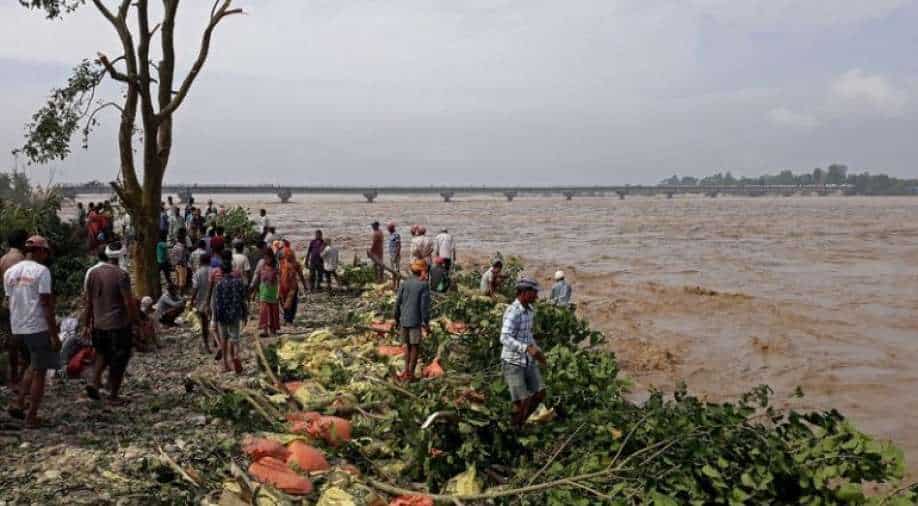 Prime Minister Sher Bahadur Deuba has called an emergency Cabinet meeting on Wednesday afternoon to discuss the situation created by the rain, floods, and landslides

At least 48 people have died and 31 others went missing in Nepal's flood and landslides triggered by incessant rains from Sunday, Nepal's Ministry of Home Affairs said.

Similarly, thousands of farmers across the country have lost their crops to rains this year. Destruction of the paddy crop is a major setback for Nepal's overall economy. Paddy alone contributes around 7 per cent to the national gross domestic product and is the major income source for more than half of the population.

Prime Minister Sher Bahadur Deuba has called an emergency Cabinet meeting on Wednesday afternoon to discuss the situation created by the rain, floods, and landslides. As many as 11 districts of the country reported deaths and missing people, according to the Home Ministry.

Some bridges collapsed and highways were obstructed. Some cities and airports are inundated and in some districts, some human settlements were submerged under the floods. Local authorities have shifted some settlements to safe places in some districts to save people from the flood and landslides.

Several districts of the country have been hit hard by the unexpected autumn rain. According to Nepali Airlines officials, at least 100 domestic flights scheduled for an operation to and from the capital, Kathmandu were suspended on Wednesday owing to bad weather conditions. This is the highest number of flight suspensions recorded in a single day in recent times as air carriers could not operate services to various hilly as well as plain areas due to incessant rains and bad weather conditions.

The Home Ministry said that 31 people are still missing in landslides and floods in several parts of the country and search and rescue operation is underway.

The sudden and extreme rainfall in the third week of October, has left experts wondering-and worried-how climate change is impacting the economy and livelihoods of the people.

Nepal's economic well-being is intimately linked with the rainy season. Water from the skies is the lifeblood of Nepal's Rs 4.26 trillion economy which is farm-dependent, as nearly two-thirds of the farmlands are rain-fed. A large part of the country gets nearly 80 percent of its annual rainfall during the four months-June to September. Given the above-normal rainfall this year, Nepal was expecting a bumper harvest.

Paddy is transplanted in Nepal in June and harvested in October. But the rain this time in the third week of October is set to spell disaster.

Political parties leaders have called on the government to provide relief and compensate the farmers affected by the rain, floods, and landslide.

Experts had warned of extreme weather events when Nepal received above-normal rainfall in June, the month monsoon entered the country. Nepali authorities, however, failed to forewarn farmers of possible rains in October, the month paddy is harvested.The monsoon usually lasts until September 23 in Nepal.

Days after the monsoon clouds arrived, torrential rains started wreaking havoc across the country, unleashing floods and landslides and the rains have not stopped yet.

The first month of the season showed that most parts of the country received rainfall above the average for the month of July, which triggered massive flooding and landslides in the country.

After reports of loss of lives, property, and paddy in various parts of the country, Prime Minister Sher Bahadur Deuba on Tuesday expressed his concerns.

"I have instructed the Home Ministry to rescue and provide relief to those who have been affected by floods, landslides, and inundations in the far west and other parts of the country," Deuba wrote on Twitter.

According to the Meteorological Forecasting Division under the Department of Hydrology and Meteorology, there is a possibility of rainfall until Thursday. The department has forecast light to moderate rainfall with thunderbolts in few places in Province 1, Province 2, Lumbini, Karnali, and Gandaki provinces.