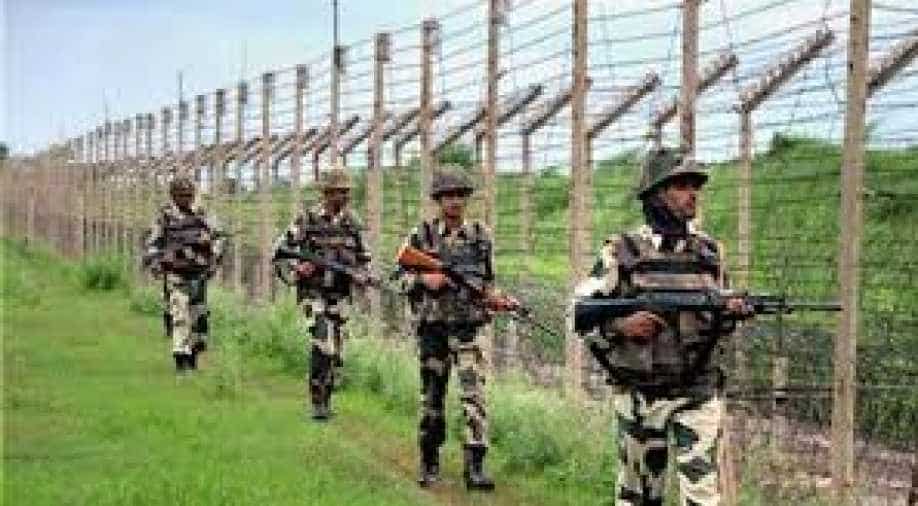 Two persons were killed and three injured when Pakistani army fired mortar bombs and automatic weapons along the Line of Control (LoC) in Jammu and Kashmir's Rajouri district today.

The same day terrorists opened fire on a patrol party of the Indian Army in Jammu and Kashmir's Tral. The entire area has been cordoned off as the Army is sweeping the area for the presence of untoward elements.

The security forces were patrolling the Seer village of Tral when unidentified militants opened fire on them, triggering a brief gunfight, a police official said.

There was no immediate report of any casualty, he said, adding that a cordon and search operation has been launched to track the militants.

The Indian Army is retaliating "strongly and effectively", PRO Ministry of Defence, Jammu, Lt Col Manish Mehta told PTI, adding that the firing was continuing when reports last came in.

"Two persons have been killed and three others injured in the firing and shelling by Pakistani Army along LoC in Nowshera belt," Deputy Commissioner (DC) of Rajouri Shahid Iqbal Choudhary told PTI.

Over 100 more people have migrated to safer places from five hamlets near the LoC which have been targeted, the DC said.

The shelling in Rajouri is the third ceasefire violation by Pakistan in as many days. Earlier, a woman died and three persons were injured in firing and shelling by Pakistani troops.

A BSF man had suffered minor injury when Pakistani Rangers yesterday violated the ceasefire along International Border. On May 10th and 11th, Pakistani troops fired mortar shells on civilian areas near the LoC in Jammu and Kashmir, killing a woman and injuring two people.

In the wake of the Pakistani action in Nowshera tehsil of Rajouri district, schools in the area were closed down on May 11 and 12th .

An evacuation plan was activated for shifting over 1,500 people from various border hamlets to safer places.

The government had last month said that Pakistani security forces had violated the ceasefire 268 times in the last one year. Nine perons were killed in these incidents.

Replying to a question in Rajya Sabha, Minister of State for Defence Subhash Bhamre had said that between April 2016 and March 2017, the maximum of 88 violations were witnessed in November 2016 followed by 78 in October 2016 and 22 in March this year.

The ceasefire between India and Pakistan came into force in November 2003.