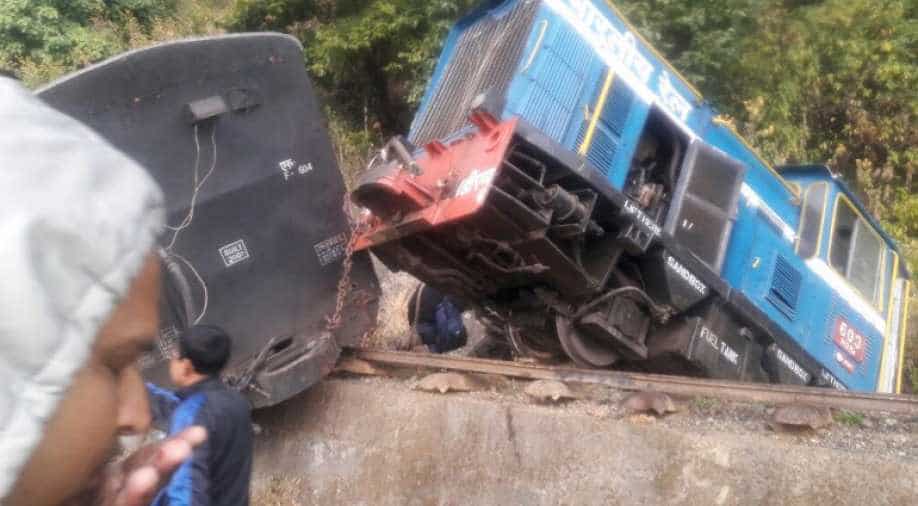 Two coaches and the engine of Toy Train, a part of the Darjeeling Himalayan Railways derailed in between the Mahanadi and Dayabari station near Kurseong in Darjeeling district of India's state of West Bengal on Tuesday afternoon.

According to initial reports, as many as 10 passengers, including the motor man of the train, were injured in the derailment. However, the Darjeeling Superintendent of Police, Amit Javalgi said, “We have received such information and are looking into it.”

All injured have been rushed to a hospital in Kurseong.

The Toy train was accorded world heritage status by UNESCO on December 2, 1999.

The two versions of the toy train — steam and diesel — run between Siliguri and Darjeeling.

The train leaves from Ghoom Station, which is the highest point reached by the railway (7,407ft), and from here there is a descent for four miles down a spur to
Darjeeling Station (6,812ft).

Loops are the speciality of Darjeeling Himalayan Railway since they help in gaining height for the rail line skiting along the mountain.