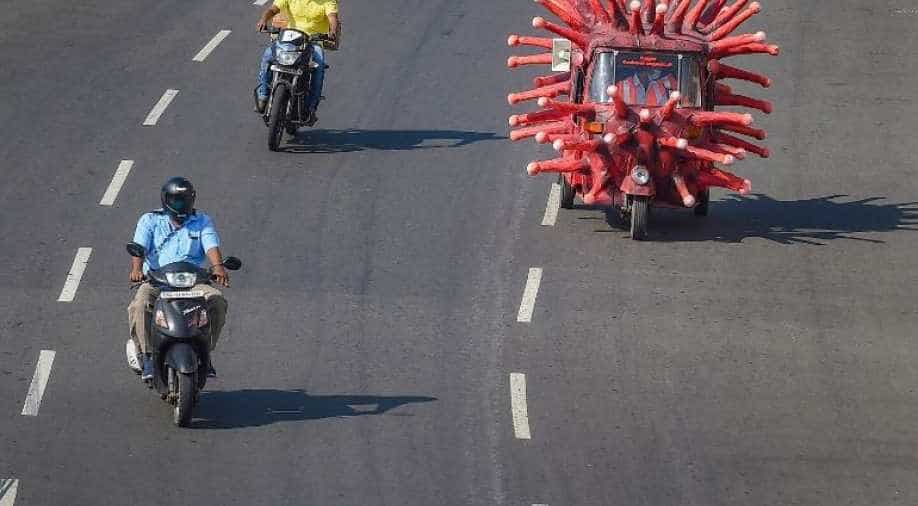 Using open source data, the team calculated how levels of 10 different greenhouse gases and air pollutants changed in more than 120 countries between February and June this year

The unprecedented fall in greenhouse gas emissions from lockdowns during the pandemic will do "nothing" to slow climate change without a lasting switch from fossil fuels, an international team of researchers said Friday.

Global emissions from the burning of coal, oil and gas could fall up to eight per cent in 2020 after governments moved to confine billions of people to their homes in a bid to slow the spread of COVID-19.

But absent a systemic change in how the world powers and feeds itself, experts warned in the study on Friday that the emissions saved during lockdown would be essentially meaningless.

Using open source data, the team calculated how levels of 10 different greenhouse gases and air pollutants changed in more than 120 countries between February and June this year.

They found that pollution such as carbon dioxide and nitrogen oxides fell in the period by between 10 and 30 per cent.

However, given that the "massive behavioural shifts" during lockdown were only temporary, lower emissions so far this year are unlikely to influence the climate.

Even assuming travel restrictions and social distancing continue to the end of 2021, the team concluded that this would only save 0.01 C of warming by 2030.

"Lockdown showed that we can change and change fast, but it also showed the limits of behaviour change," Piers Forster, study co-author and director of the Priestley International Centre for Climate at Britain's University of Leeds.

"Without underlying structural change we won't make it," he told AFP.

The United Nations says that in order to keep 1.5 C in play global emissions must fall 7.6 percent annually this decade.

That is roughly equivalent to the anticipated emissions fall this year. But given that took one of the largest economic slowdowns in history, Forster said it was unlikely to be repeated as countries look to recover.

"If I'm brutally honest, the world is unlikely to decarbonise at the rates required for 1.5 C, but getting anywhere close will make our children's future better," he said.

The study, published in Nature Climate Change, also modelled options for post-lockdown recovery which the authors said showed a unique opportunity for structural change to the global economy.

A "strong green stimulus", which would see an additional 1.2 per cent of gross domestic product invested in low carbon technology could slash emissions by half by 2030 compared with a fossil fuel-led recovery, the authors said.

"The fall in emissions we experienced during COVID-19 is temporary and therefore it will do nothing to slow down climate change," said co-author Corinne Le Quere from the University of East Anglia.

"But the government responses could be a turning point if they focus on a green recovery, helping to avoid severe impacts from climate change."

Pete Smith, professor of soils and global change at the University of Aberdeen said that a return to business as usual post-COVID would mean "we will have thrown away our best chance of getting the world on track to net zero emissions".

"We have a small window of opportunity to get this right, and we can't afford to waste it," said Smith, who was not involved in the research.