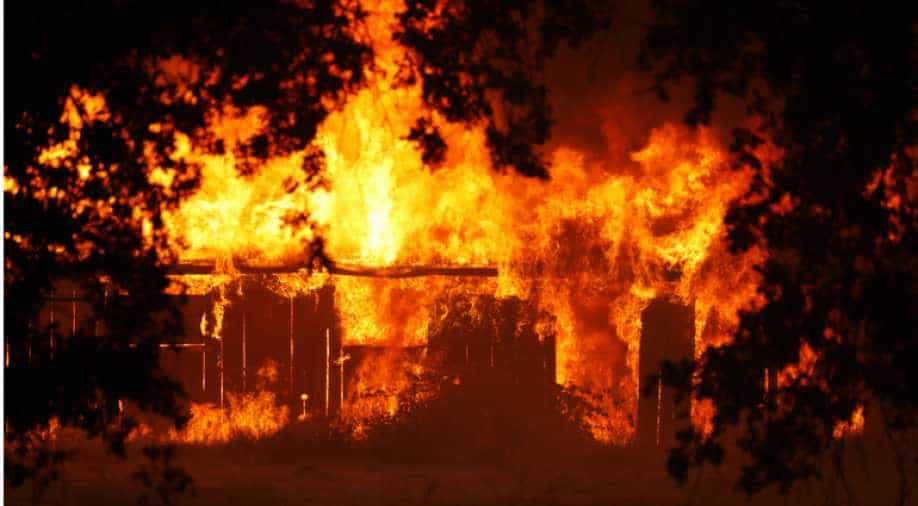 Despite these daunting challenges, governments have the capability and responsibility to increase national readiness for extreme events.

By Gabriel Recchia and Haydn Belfield

There’s little that the left and the right agree on these days. But surely one thing is beyond question: that national governments must protect citizens from the gravest threats and risks they face. Although our government, wherever we are in the world, may not be able to save everyone from a pandemic or protect people and infrastructure from a devastating cyberattack, surely they have thought through these risks in advance and have well-funded, adequately practiced plans?

Unfortunately, the answer to this question is an emphatic no.

Not all policy areas are subject to this challenge. National defence establishments, for example, often have the frameworks and processes that facilitate policy decisions for extreme risks. But more often than not, and on more issues than not, governments fail to imagine how worst-case scenarios can come about – much less plan for them. Governments have never been able to divert significant attention from the here and happening to the future and uncertain.

A recent report published by Cambridge University’s Centre for the Study of Existential Risk argues that this needs to change. If even only one catastrophic risk manifests – whether through nature, accident or intention – it would harm human security, prosperity and potential on a scale never before seen in human history. There are concrete steps governments can take to address this, but they are currently being neglected.

The risks that we face today are many and varied. They include:

1. Tipping points in the environmental system due to climate change or mass biodiversity loss.
2. Malicious, or accidentally harmful, use of artificial intelligence.
3. Malicious use of, or unintended consequences from, advanced biotechnologies.
4. A natural or engineered global pandemic.
5. Intentional, miscalculated, or accidental use of nuclear weapons.

Each of these global catastrophic risks could cause unprecedented harm. A pandemic, for example, could speed around our hyper-connected world, threatening hundreds of millions – potentially billions – of people. In this globalised world of just-in-time delivery and global supply chains, we are more vulnerable to disruption than ever before. And the secondary effects of instability, mass migration and unrest may be comparably destructive. If any of these events occurred, we would pass on a diminished, fearful and wounded world to our descendants.

So how did we come to be so woefully unprepared, and what, if anything, can our governments do to make us safer?

Dealing with catastrophic risks on a global scale is a particularly modern problem. The risks themselves are a result of modern trends in population, information, politics, warfare, technology, climate and environmental damage.

These risks are a problem for governments that are set up around traditional threats. Defence forces were built to protect from external menaces, mostly foreign invading forces. Domestic security agencies became increasingly significant in the 20th century, as threats to sovereignty and security – such as organised crime, domestic terrorism, extreme political ideologies and sophisticated espionage – increasingly came from inside national borders.

Unfortunately, these traditional threats are no longer the greatest concern today. Risks arising from the domains of technology, environment, biology and warfare don’t fall neatly into government’s view of the world. Instead, they are varied, global, complex and catastrophic.

As a result, these risks are currently not a priority for governments. Individually, they are quite unlikely. And such low-probability high-impact events are difficult to mobilise a response to. In addition, their unprecedented nature means we haven’t yet been taught a sharp lesson in the need to prepare for them. Many of the risks could take decades to arise, which conflicts with typical political time scales.

Governments, and the bureaucracies that support them, are not positioned to handle what’s coming. They don’t have the right incentives or skill sets to manage extreme risks, at least beyond natural disasters and military attacks. They are often stuck on old problems, and struggle to be agile to what’s new or emerging. Risk management as a practice is not a government’s strength. And technical expertise, especially on these challenging problem sets, tends to reside outside government.

Perhaps most troubling is the fact that any attempt to tackle these risks is not nationally confined: it would benefit everyone in the world – and indeed future generations. When the benefits are dispersed and the costs immediate, it is tempting to coast and hope others will pick up the slack.

Despite these daunting challenges, governments have the capability and responsibility to increase national readiness for extreme events.

The first step is for governments to improve their own understanding of the risks. Developing a better understanding of extreme risks is not as simple as conducting better analysis or more research. It requires a whole-of-government framework with explicit strategies for understanding the types of risks we face, as well as their causes, impacts, probabilities and time scales.

With this plan, governments can chart more secure and prosperous futures for their citizens, even if the most catastrophic possibilities never come to pass.

Governments around the world are already working towards improving their understanding of risk. For example, the United Kingdom is a world leader in applying an all-hazard national risk assessment process. This assessment ensures governments understand all the hazards – natural disasters, pandemics, cyber attacks, space weather, infrastructure collapse – that their country faces. It helps local first responders to prepare for the most damaging scenarios.

Finland’s Committee for the Future, meanwhile, is an example of a parliamentary select committee that injects a dose of much-needed long-term thinking into domestic policy. It acts as a think tank for futures, science and technology policy and provides advice on legislation coming forward that has an impact on Finland’s long-range future.

And Singapore’s Centre for Strategic Futures is leading in “horizon scanning”, a set of methods that helps people think about the future and potential scenarios. This is not prediction. It’s thinking about what might be coming around the corner, and using that knowledge to inform policy.

But these actions are few and far between.

We need all governments to put more energy towards understanding the risks, and acting on that knowledge. Some countries may even need grand changes to their political and economic systems, a level of change that typically only occurs after a catastrophe. We cannot – and do not have to – wait for these structural changes or for a global crisis. Forward-leaning leaders must act now to better understand the risks that their countries face.