US-Iran conflict: A high-stakes bet on who blinks first 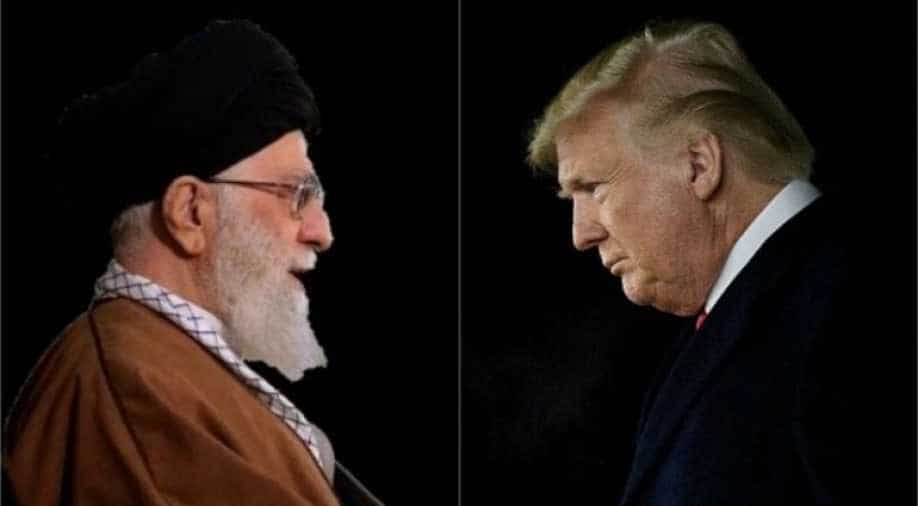 Two sets of US government cables suggest that Iran hawks in and outside the Trump administration appear to have the upper hand as European countries give hardliners a helping hand by attempting to force Iran to seek a diplomatic solution to a crisis that threatens to engulf the Middle-East in yet another military conflict.

Disclosure of the cables advocating a military strike such as this month’s killing of Iranian General Qasem Soleimani coupled with the withdrawal of a US State Department olive branch that was intended to reassure Iran about the Trump administration’s intentions appears designed to persuade the Islamic Republic to back away from its strategy of gradual escalation.

The strategy aims to engineer a situation in which a return to negotiations on the basis of the 2015 international agreement that curbed Iran’s nuclear program is the only way to avoid an all-out war. The Trump administration withdrew from the accord in 2018 and has since imposed ever-harsher economic sanctions on Iran.

Hardliners in Washington believe Iran’s accidental downing of a Ukrainian airliner that sparked anti-government protests days after millions of Iranians came out to mourn Soleimani’s death in what Iranian leaders project as rallying around the regime is a proof of concept of their approach.

The hard-liners’ strategy was spelled out in a series of unclassified memos sent by David Wurmser, a close associate of John Bolton, while Bolton was serving as national security advisor to President Donald J Trump. The memos projected a US military operation on the scale of the killing of Soleimani as a way of destabilising the government in Tehran.

Wurmser’s advice was in line with proposals for destabilising Iran presented to the White House by Bolton in the months before his appointment. Bolton was fired by Trump in September of last year.

“Iran has always been careful to execute its ambitions and aggressive aims incrementally to avoid Western reactions which depart from the expected. In contrast, were unexpected, rule-changing actions taken against Iran, it would confuse the regime. It would need to scramble,” Wurmser wrote.

Such a US attack would “Rattle the delicate internal balance of forces and the control over them upon which the regime depends for stability and survival… Iranians would both be impressed and potentially encouraged by a targeted attack on symbols of repression,” Wurmser added.

The leaking of Wurmser’s memos coincided with a cable from the State Department to US diplomatic missions worldwide that walked back an instruction earlier this month by Secretary of State Mike Pompeo to limit contacts with Iranian opposition and exile groups in a bid to reassure Iran that the Trump administration was not seeking regime change in Tehran.

The Pompeo cable seemed to be a first step at bridging the gulf of distrust between Washington and Tehran that makes a resolution of the two countries’ differences all but impossible. Iran has long been convinced that regime change is the main driver of US policy since the 1979 Islamic revolution.

Pompeo’s instruction came on the heels of Trump’s decision not to respond to Iranian missile attacks on US forces in Iraq in retaliation for the killing of Soleimani.

With the government in Tehran on the backfoot as a result of the downing of the Ukrainian airliner and renewed anti-government protests, leaders of Britain, France and Germany, cosignatories of the 2015 nuclear accord, appear to be buying into the strategy of the Washington hardliners.

The Europeans, responding to Iran’s gradual withdrawal from its commitments under the accord as part of its strategy of gradual escalation, this week triggered its dispute resolution mechanism, that could put Iran’s actions on the agenda of the United Nations Security Council and lead to a re-imposition of international sanctions.

British prime minister Boris Johnson further raised the stakes by telling the BBC that he would be willing to back an as yet non-existent proposal by Trump for a new agreement with Iran. “If we are going to get rid of it (the nuclear accord), then we need a replacement," Johnson said.

The proof will be in the pudding whether the two-pronged stepping up of US and European pressure on Iran will be sufficient to engineer a breakthrough in efforts to avert escalating tension and a return to the negotiating table.

So far, Iran’s response suggests tensions may have to further escalate before parties, all of whom do not want an all-out war, pull back from the brink.

In a first, Iranian president Hassan Rouhani, insisting that all foreign forces should leave the Middle East, warned, in response to the European move and statements, that British, French and German troops may be in danger.

“Today, the American soldier is in danger, tomorrow the European soldier could be in danger,” Rouhani told a Cabinet meeting.

Said a Western diplomat, spelling out European thinking: “This allows us to buy time while making clear to Iran that they cannot continue on this path of non-compliance with no consequences.”

For now, it’s a high stakes poker bet on who blinks first.