'Why didn't Amit Shah object when Uddhav announced that next CM will be from Sena?' asks Sanjay Raut 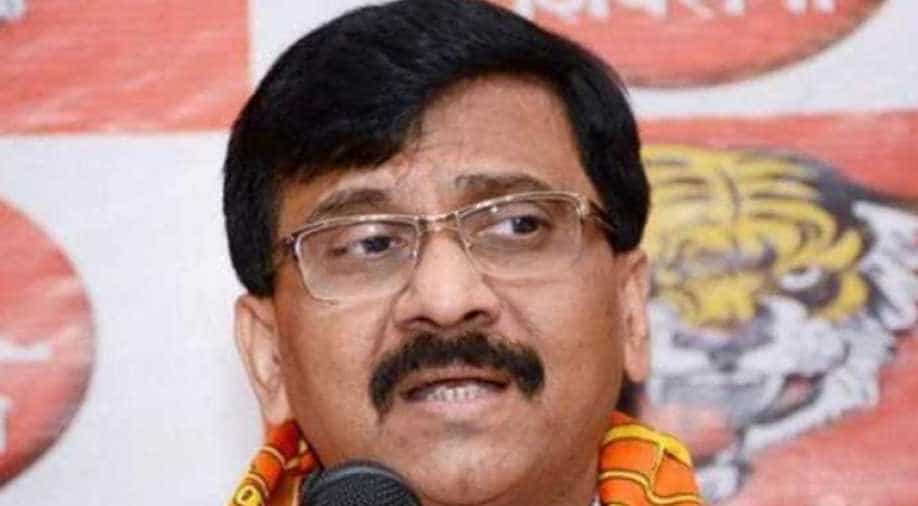 Sanjay Raut also slammed Amit Shah for not briefing PM Modi about the closed-door talks which were held between Shah and Thackeray pertaining to the power-sharing.

Shiv Sena leader Sanjay Raut on Thursday said that Bharatiya Janata Party (BJP) president Amit Shah should have raised objections when Uddhav Thackeray announced that the next Chief Minister of Maharashtra will be from Shiv Sena during the election rallies.

He also slammed the Home Minister for not briefing Prime Minister Narendra Modi about the closed-door talks which were held between Shah and Thackeray pertaining to the power-sharing.

"I agree that PM Modi used to project Devendra Fadnavis as the next chief minister of Maharashtra but at the same time, Uddhav Thackeray was also telling the public that the next chief minister will be from Shiv Sena. Then at that time why didn't Amit Shah raised any objection. He did not say anything during the Lok Sabha election then why is he having a problem in Vidhan Sabha elections," the Shiv Sena said while speaking to media in Mumbai.

"Amit Bhai use to say that the matters discussed in the closed room should not be discussed outside. But when they do not comply with mutual decisions, the matters become the topic of discussion outdoors. Shah should have briefed the Prime Minister. Our Prime Minister has a big heart and the matter would not have become worse if he was updated with the latest talks," he added.

The statement from Raut came just a day after Amit Shah stated that it will be inappropriate to disclose the deliberations that were held "behind closed doors" between his party and Shiv Sena over government formation in Maharashtra.

Maharashtra came under the president's rule on Tuesday. The President signed the notification following the recommendation of the Union Cabinet, which acted on the report from Maharashtra Governor Bhagat Singh Koshyari.

The Governor had recommended the imposition of president's rule in the wake of the political stalemate over the government formation in the state. Shiv Sena led by Uddhav Thackeray emerged as the second-largest party in last month's Maharashtra assembly elections with 56 seats. The two parties, who fought the elections together, were at loggerheads over power-sharing.

The BJP emerged as the single-largest party with 105 seats in the 288-member state assembly. Shiv Sena insisted that the two parties had a '50-50' power-sharing agreement before the elections. Fadnavis said that Shiv Sena was not promised the chief ministerial post for two-and-a-half years when the alliance was sealed before the 2019 Lok Sabha polls.