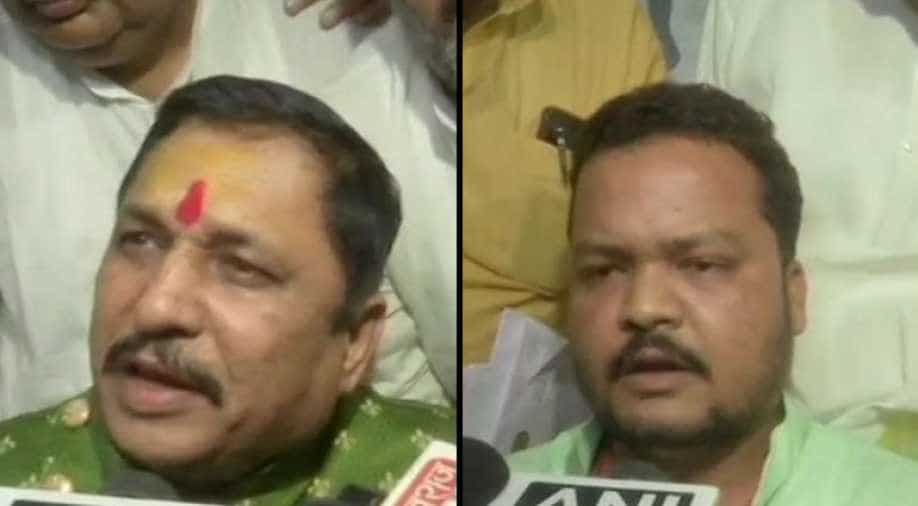 The BJP MLAs have now been taken to an undisclosed location and they will attend a dinner with Chief Minister Kamal Nath tonight.

The development comes on a day the Leader of the Opposition in Madhya Pradesh Assembly and senior BJP leader Gopal Bhargava claimed that once they receive direction from their party`s top command, the Congress government would not last 24 hours.

Attacking the BJP after the voting, Chief Minister Kamal Nath said, "Everyday BJP says we are a minority government which could fall any day. In today's voting (on criminal law amendment), two BJP MLAs voted in favour of our Government".

He asserted that Wednesday`s voting proved that the Congress government is a majority government.

"Today`s voting was not just for the bill but it was to prove the majority of the government. Even two BJP MLAs have supported Congress today. I welcome their decision, they listened to their conscience today. The 122 votes polled in favour of the bill proves that the Congress government is a majority government," Nath said.

"Everyday they (BJP) used to say that they have 8-10 MLAs, Where were they today? We have the support of Bahujan Samaj Party, Samajwadi Party and the independent MLAs. Today, BJP`s false propaganda is exposed."CM added.

The MLAs also told the media that it was a sort of "homecoming" for them.

On Wednesday, Congress and BJP got into a scuffle in Madhya Pradesh Assembly after Bhargava claimed that if they receive direction by his party`s top brass, the government would not last even for 24 hours.

The Chief Minister responded by saying that if needed, the Opposition can move a no-confidence motion."Your number 1 and number 2 are intelligent, that`s why they are not giving an order. If you wish, you can move no-confidence motion (Aapke oopar wale number 1 aur 2 samajhdar hain, isliye aadesh nahi de rahe hain. Aap chahen to avishwas prastaav le aayen," Nath retorted.

The Madhya Pradesh political developments come against the backdrop of the defeat suffered by the Congress-JDS government during the trust vote in Karnataka Assembly on Tuesday.

After the trust vote, BJP leaders had claimed that the situation of Madhya Pradesh government was even worse than the recently ousted Congress-JDS government in Karnataka.