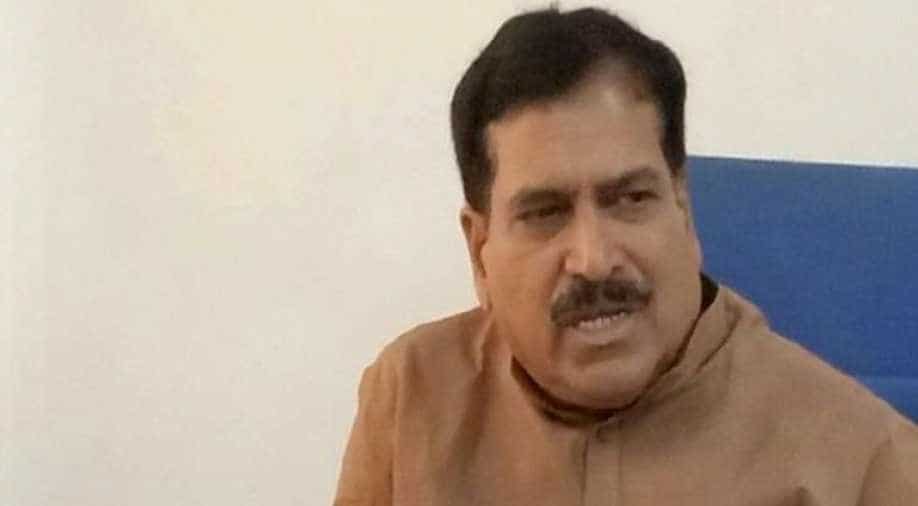 Angadi belongs to the dominant Lingayat community, who form the core electoral base of BJP, particularly in north Karnataka.

Angadi belongs to the dominant Lingayat community, who form the core electoral base of BJP, particularly in north Karnataka.

He has always maintained his popularity graph high as he never saw defeat ever since he took a plunge into electoral politics in 2004.

In 2014, Congress decided to field another popular leader Laxmi R Hebbalkar against Angadi but riding on the Modi wave, he defeated her too.

Three years after rising to the post of district president, Angadi was given ticket to contest the Lok Sabha election by the BJP.

Without missing a chance, he emerged as a giant killer by defeating Congress candidate and the then sitting MP Amarsinh Patil.

The BJP leader who hailed from an agricultural family in KK Koppa village near Belagavi was born to Somawwa and Channabasappa Angadi in 1053.

In 2008, four years after his election to Lok Sabha, he set up the Suresh Angadi Education Foundation as he was 'immensely influenced by Swami Vivekananda', says the SAEF about its chairman.

The BJP leader always maintained cordial relations with the BJP strongman and state president B S Yeddyurappa without facing any hindrance to secure ticket and support to win the successive elections successfully.

Unlike a few other MPs, Angadi maintained a distance from controversies, except for a few tweets about the 'gau rakshaks', which he had removed.