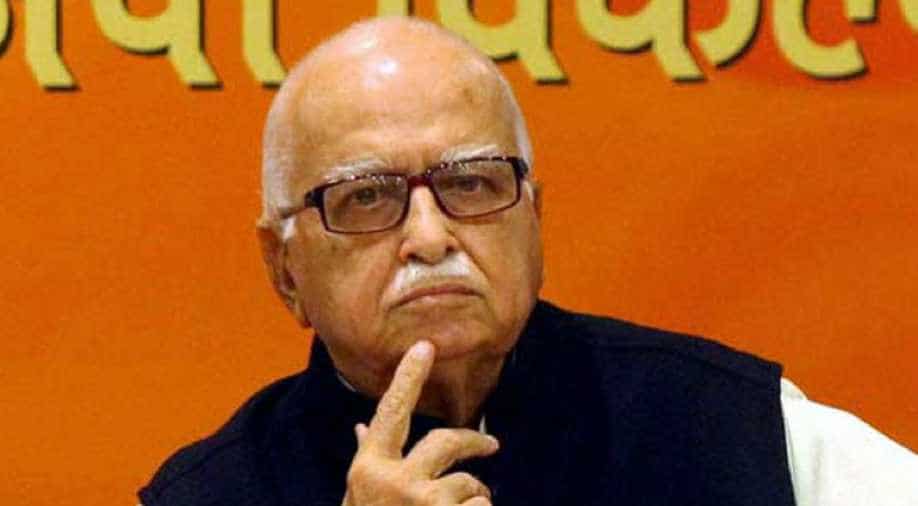 'This is a moment of fulfilment for me because god almighty had given me an opportunity to make my own humble contribution to the mass movement,' said the former Deputy Prime Minister.

Veteran BJP leader LK Advani on Saturday 'wholeheartedly' welcomed the Supreme Court's verdict in Ram Janmabhhomi-Babri Masjid case, saying the ruling has paved the way for the construction of a magnificent temple for Lord Ram at Ayodhya.

"I join all my countrymen in wholeheartedly welcoming the historic judgement delivered by the five-member Constitution Bench of the Supreme Court today in the Ayodhya matter," said Advani in a statement.

"I stand vindicated, and feel deeply blessed that the Supreme Court has given its unanimous verdict paving the way for the construction of a magnificent temple for Lord Ram at Ram Janmabhhomi in Ayodhya," he added.

"This is a moment of fulfilment for me because god almighty had given me an opportunity to make my own humble contribution to the mass movement, the biggest since India's freedom movement, aimed at the outcome which the Supreme Court's verdict today has made possible," said the former Deputy Prime Minister.

Stating that Ram and 'Ramayana' occupy an 'esteemed' place in India's cultural and civilisational heritage, the BJP leader said that it is gratifying that their belief and sentiments have been respected.

Advani also welcomed the apex court's decision that five acres of land be given at a prominent place for the building of a mosque in Ayodhya.

"Today's judgement is the culmination of a long and contentious process that played itself out in various forums - both judicial and non-judicial - in the past many decades. Now that the prolonged Mandir-Masjid dispute in Ayodhya has come to an end. The time has come to leave all contention and acrimony behind and embrace communal concord and peace," he said.

The BJP leader also appealed to all sections of the diverse society to work together to strengthen India's national unity and integrity.

"In the course of the Ram Janmabhoomi movement, I had often stated that the true purpose of constructing a Ram Mandir at Ayodhya is to construct a magnificent Rashtra Mandir - building India as a strong, prosperous, peaceful and harmonious nation with justice for all and exclusion of none. Let us rededicate ourselves to that noble mission today," the statement further quoted Advani, as saying.

The Supreme Court on Saturday directed the Central government to hand over the disputed site at Ayodhya for the construction of a temple and set up a trust for this purpose.

A five-judge constitution bench presided by Chief Justice Gogoi and comprising Justices SA Bobde, DY Chandrachud, Ashok Bhushan and S Abdul Nazeer passed the order on a batch of petitions against an order of the Allahabad High Court which trifurcated the site among Ramlalla Virajman, Sunni Central Waqf Board and Nirmohi Akhara.