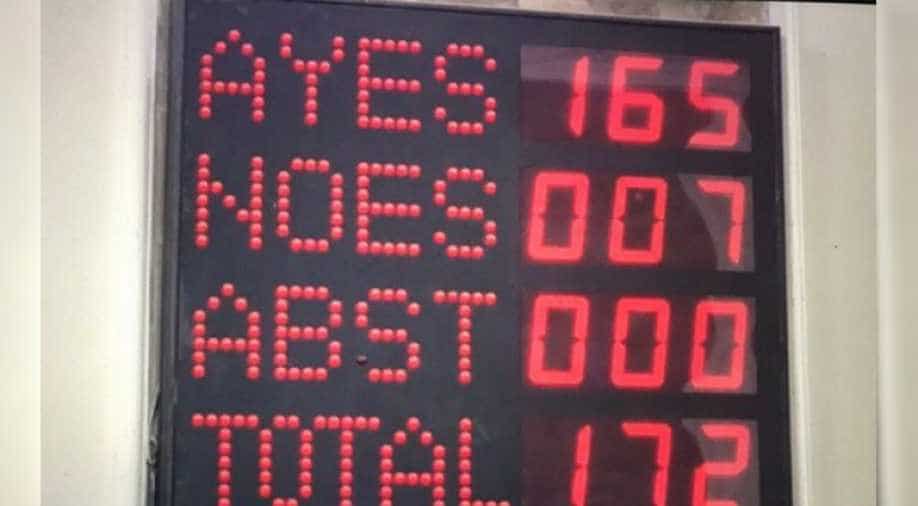 The bill will now go to the President for approval. Once he signs off on it, it will become law. The bill was passed by the Lok Sabha on Tuesday.

The Rajya Sabha on Wednesday passed the Constitution (124th Amendment) Bill granting 10 per cent reservation in government jobs and educational institutions to the economically weak among the upper castes.

The Rajya Sabha passed the bill by a vote of 165 ayes versus seven nays.

In the last leg of the legislative process, the bill will now go to the President for approval. After he signs off on it, it will become law.

The bill was passed by the Lok Sabha on Tuesday with 323 voting for it and only 3 against it.

The bill was approved by the Rajya Sabha Wednesday after the house rejected a motion moved by Kanimozhi (DMK) and supported by Left parties for sending it to a parliamentary select committee for scrutiny. Against 18 members supporting, 155 opposed it and one member abstained.

The bill was approved after the House rejected five amendments moved by Opposition members.

The quota will be over and above the existing 50 per cent reservation to SCs, STs and Other Backward Classes (OBCs).

The Constitution (124th Amendment) Bill, 2019 was introduced in the House by Minister of Social Justice and Empowerment Thawar Chand Gehlot on Tuesday, a day after the Cabinet took the politically-significant decision, just a few months ahead of the Lok Sabha elections.

A person will be qualified as economically weaker if: