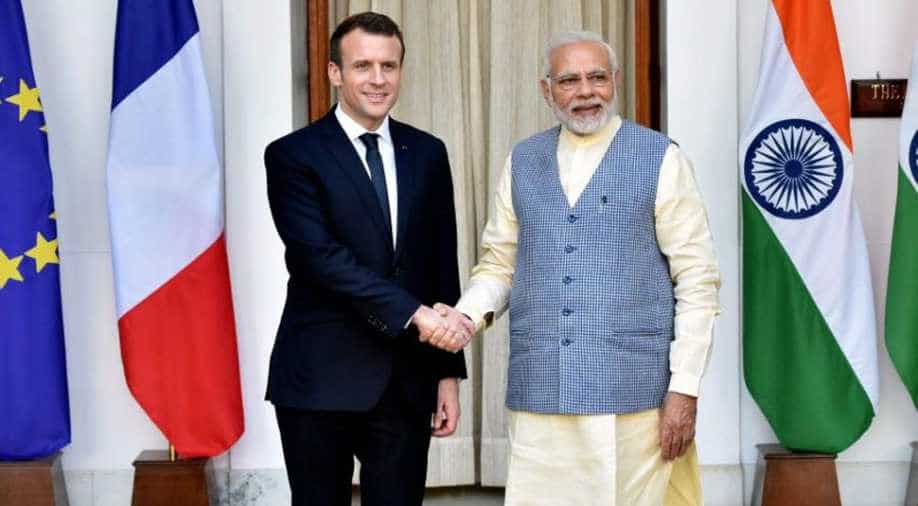 French President Emmanuel Macron, who arrived on a four-day visit to India on March 9, is scheduled to visit Varanasi today.

Prime Minister Modi will receive the French President, who will arrive by a special plane at the Lal Bahadur Shastri International airport on Monday morning.

The two leaders will take a special cruise on the Ganga, which also includes a meeting over lunch.

They are expected to hold a one-on-one discussion on several issues to boost the ties between the two countries.

After lunch, President Macron and PM Modi will head to Mirzapur, where they will inaugurate Uttar Pradesh’s largest solar power.

Meanwhile, on Saturday, India and France inked 14 key agreements in the strategic areas of security, nuclear energy, and protection of classified information, as companies from the two countries signed contracts worth $16 billion.