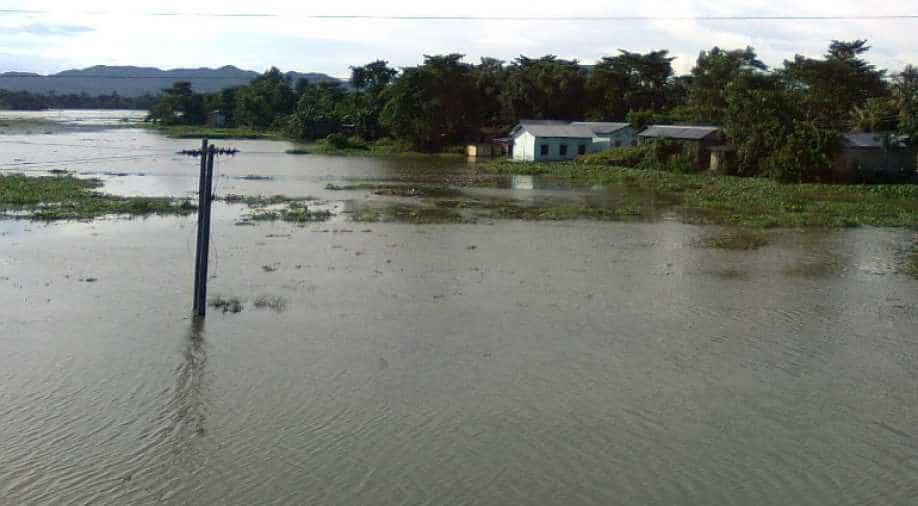 The Siang river flows from Tibet as the Yarlung Tsangpo, is known as the Siang in Arunachal Pradesh and as the Brahmaputra in Assam. (Image source: Wikimedia Commons) Photograph:( Others )

China also said it will continue to share the flood data with India.

China on Monday said the flood situation in Yarlung Tsangpo river has returned to normal, which had arisen due to the formation of an artificial lake created by a landslide and blocking its mainstream in Tibet, posing a threat to India's northeastern states.

China also said it will continue to share the flood data with India.

People living along the banks of Siang river in Arunachal Pradesh were moved to safer places after China informed India about the landslide, which occurred on October 17, blocking Yarlung Tsangpo river in Tibet leading to the formation of the artificial lake.

The Yarlung Tsangpo river is known as the Siang after it enters India at Arunachal Pradesh from the Tibetan region and is called the Brahmaputra once it reaches Assam.

"By October 20, the river section of the barrier lake has returned to normal. We will keep close monitoring of the landslide situation and maintain close communication and cooperation with the Indian side through the existing channels," Chinese Foreign Ministry spokesperson Hua Chunying told a media briefing here.

She said the Chinese hydrological department had informed India about the situation immediately after the landslide and also launched the emergency reporting mechanism.

"Up to October 22, we have provided seven bits of hydrological information and 110 bits of statistics. We also reported the Indian side of the flow of barrier lake," Hua said.

China has resumed sharing of hydrological data on the Brahmaputra from May 15 after a gap of one year. It had stopped sharing the data with India last year soon after the Doklam stand-off, stating that its hydrological stations in Tibet were being upgraded and that the data couldn't be shared.

The data is important for predicting floods in basins of the rivers. Brahmaputra gets severely flooded during monsoon months affecting Northeast India and Bangladesh.

Under the existing bilateral agreements, China provides hydrological information of Brahmaputra (Yarlung Tsangpo) and Sutlej (Langqen Zangbo) to India during the flood seasons.

As per the arrangement, China provides data of the Brahmaputra river between May 15 and October 15 every year. This year the data sharing was extended due to the barrier lake in the river.

China has been building major dams on the Brahmaputra river to generate electricity. While the dams raised concerns of water shortages in India and Bangladesh, China maintains that its dams were aimed at generating power and not storing water.