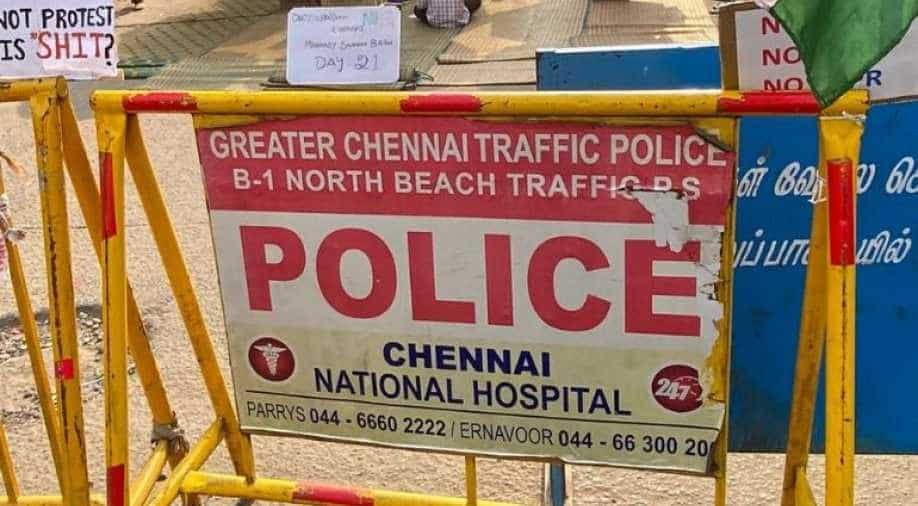 The judge said that mere registration of FIRs against the protestors would not solve the inconvenience caused to the general public and school children.

Hearing a PIL filed by advocate and Hindu Munnetra Kazhagam leader K. Gopinath, which sought to restrain the DGP from permitting any kind of anti-CAA protest in Tamil Nadu, Justices MM Sundaresh and Krishnan Ramaswamy directed the Tamil Nadu Director General of Police (DGP) to take into custody all those protesting on public roads, irrespective fo whether it was for or against the Act, if they did not possess the necessary permissions.

When the State Government Pleader told the court that the cops had registered more than 20 FIRs against both pro and anti-CAA protesters and that charge-sheets had also been filed in certain cases.

The judge said that mere registration of FIRs against the protestors would not solve the inconvenience caused to the general public and school children.

The PIL complained about the anti_CAA protestors squatting on public roads and not allowing free movement of traffic.

On the model of Delhi’s Shaheen Bagh, anti-CAA protests by religious groups have been taking place at a location in North Chennai, known as Washermanpet. Likewise, opposition parties led by the DMK have been organizing protests against the Act.

The BJP and their supporters have also taken out pro-CAA rallies in various districts of Tamil Nadu and recently held a rally near the Chepauk stadium in Chennai.

TN BJP spokesperson Narayanan Thirupathy had shared a photo and pointed out that an anti-CAA protest that has entered its 21st day in Mannadi, in Chennai has been causing server inconvenience to the public as roads were blocked for merely a handful of protestors. He had stated that the Police would have to take action and move them away from the spot.

While anti-CAA protests have been taking place in Tamil Nadu since late January, there are hardly any instances of it spiralling into violence. The only major incident where police had to resort to lathi-charge had been on February 14th, when there were instances of stone-pelting after Friday evening prayers and 4 cops were injured in the ensuing violence.