Karnataka farmers to get additional sum of Rs 2,000 under prime minister scheme 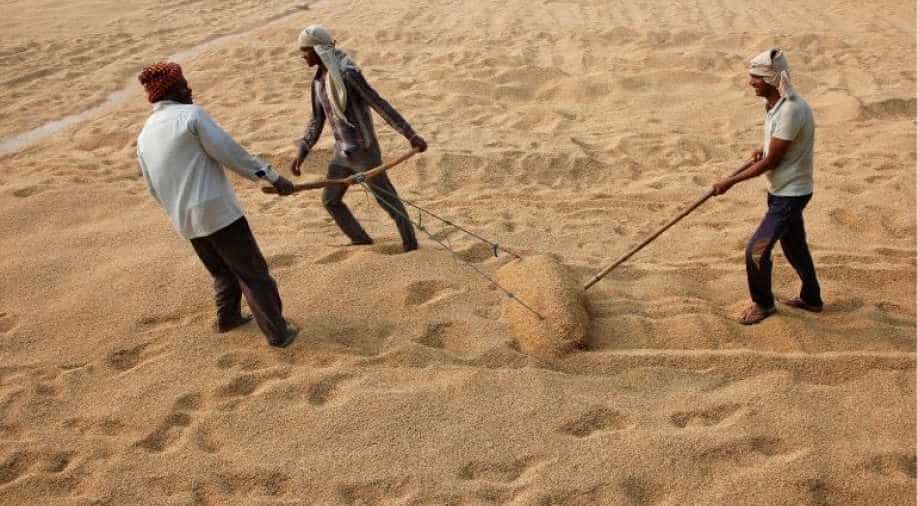 As the drought condition in the state is severe, Yediyurappa directed the officials to take up relief work like drinking water, fodder supply, employment guarantee schemes on a war footing.

The Karnataka government on Friday announced that it will soon deposit the first instalment of an additional sum of Rs 2,000 under the Pradhan Mantri Kisan Samman Nidhi Yojana (prime minister scheme) in the bank accounts of farmers.

"As many as 43.75 lakh declarations of farmers have been sent to Government of India under Pradhan Mantri Kisan Samman Nidhi Yojana. Out of this, Rs 634.50 crore has been credited to 31.72 lakh eligible farmers' accounts directly with Rs 6,000 each. Government of Karnataka will soon release Rs 2,000 as the first instalment to the accounts of these beneficiaries," Chief Minister BS Yediyurappa said.

As the drought condition in the state is severe, Yediyurappa directed the officials to take up relief work like drinking water, fodder supply, employment guarantee schemes on a war footing.

To encourage fodder growing in farmers' lands, the Chief Minister suggested officials to purchase fodder grown by farmers for Rs 4,000 per ton, which is currently being purchased at Rs 3,000 per ton.

Since water conservation is the prime need of the hour, and Yediyurappa directed officials to take up check dam construction in a massive way in the state.

Steps have been taken to take up fill water at 10 barrages across Krishna river from Allamatti and Narayanapur Dams to meet water scarcity.

He also suggested officials to streamline food supply under the Anna Bhagya scheme and check irregularities.

Efforts are being made to streamline the administrative machinery and initiate stern action against officials who do not properly respond to public grievances.

The DCs and CEOs are told to visit every taluka at least once in 15 days and attend to public grievances. He directed senior officers including Chief Secretary to visit districts.