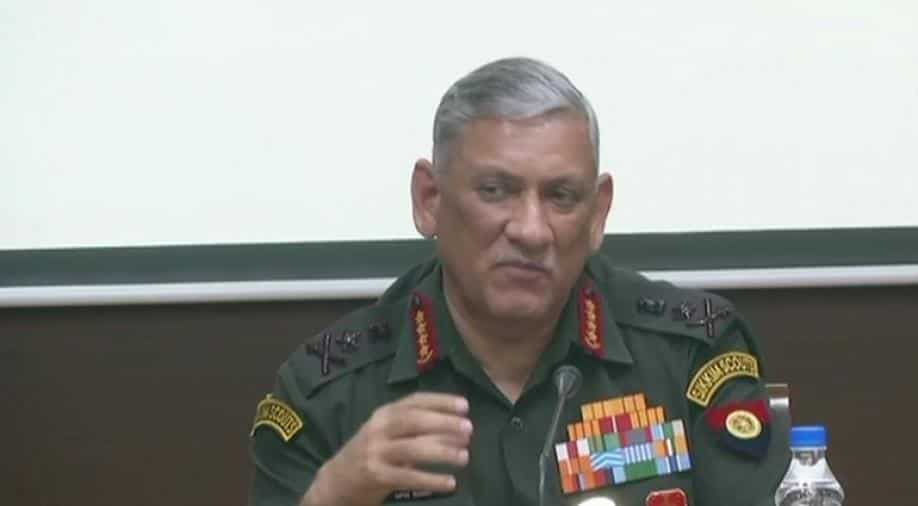 He said the country's armed forces were disciplined and have the utmost respect for human rights laws.

Indian armed forces not only ensure the protection of human rights of our own people but also of adversaries and deal with the prisoners of war as per the Geneva Conventions, Army Chief General Bipin Rawat said on Friday.

He was addressing the interns and senior officers of the National Human Rights Commission on 'Preserving Human Rights in Times of War and Prisoners of War'.

He said the country's armed forces were disciplined and have the utmost respect for human rights laws.

According to a NHRC release, Army Chief said that the driving ethos of the Indian armed forces is "Insaniyat"( Humanity) and "Sharafat"( Decency) and they are extremely secular.

The Army Chief said there was a challenge of changing warfare tactics with the advent of technology.

He said that unlike the attack by any armed force, the terror attacks remain unaccountable in international law.

"Hence, the counter-terrorism and anti-insurgency operations have to be dealt in a manner of winning the hearts of the people by identifying and alienating the insurgents among them without collateral damage, which becomes very challenging and difficult", he said.

The Army chief said that Army Headquarters had created a human rights cell in 1993, which now is being upgraded to the level of a Directorate to be headed by an Additional Director General.

This will also have police personnel to address the complaints of human rights violations against the armed forces and facilitate related inquiries, he said.

General Rawat said that a new initiative has been taken in October this year by recruiting women jawans in Military Police Force.

He said that the Army takes along with it several police personnel in search operations, but keeping in view the concerns of women during such operations, the army has now decided to deploy the lady jawans of its Military Police force also.

He said that keeping in view provisions of human rights law and the importance of the protection of human rights, a court of inquiry is being held after every anti-insurgency operation and all records are maintained related to such operations.

Referring to the Armed Force Special Powers Act (AFSPA), the Army Chief said that the Act gives almost the same powers to the Army, which are also exercised by police and CRPF in connection with search and inquiry operations.

However, he said that over the years the army itself has diluted its application in its own way under the ten commandments issued by the Chief of Army Staff, which are to be strictly adhered by every soldier, and particularly those deployed for operations in anti-insurgency areas.

The Supreme Court guidelines on this are also being strictly followed by soldiers, who are given special training before their deployment in counter-insurgency and counter-terrorism operations, he said.