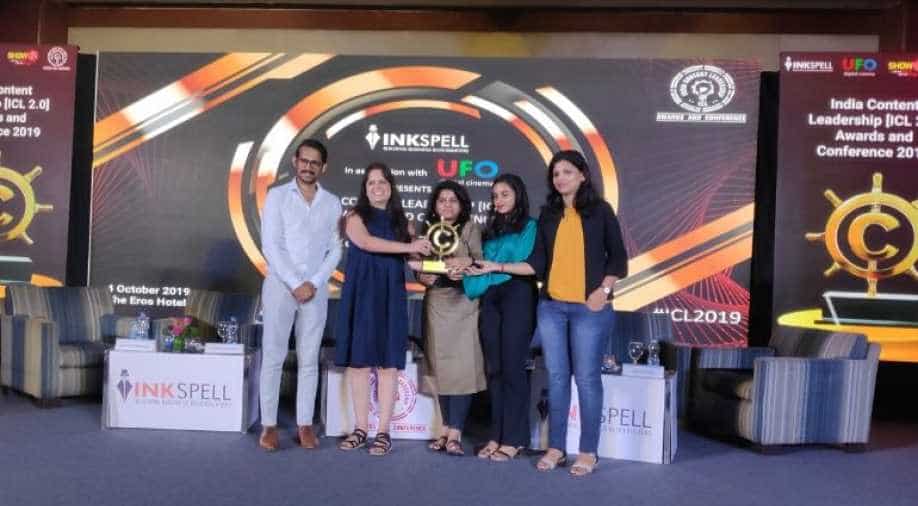 India.com wins the Gold Award for its election coverage in the category of 'Best Content in a News Blog/Website' in the ICL 2019.  Photograph:( WION )

Ahead of the Lok Sabha Elections 2019, India.com dedicated a special section to ensure comprehensive election coverage including all election-related news, views and analysis.

India.com has won the Gold Award for its election coverage in the category of 'Best Content in a News Blog/Website' in the ICL 2019 - India Content Leadership Awards and Conference.

Ahead of the Lok Sabha Elections 2019, India.com dedicated a special section to ensure comprehensive election coverage including all election-related news, views and analysis. While words like 'elections', 'vote share', 'seat share' tend to complicate things for readers, India.com (https://www.india.com) took a novel approach of presenting things in an altogether different manner. A minefield of data which won't overwhelm its readers - this was India.com's election website. (https://www.india.com/lok-sabha-election-2019/)

Not just this election, data of all past elections were presented in an easy-to-navigate way, which was also easy on the eyes. Instead of depending on agency reports, all data presented on this election site were verified with that of the Election Commission.

Zee Group's CEO, Digital Publishing, Rohit Chadda said, "Our vision for India.com is to make it the one-stop destination for anything and everything about India - be it news, lifestyle, travel or entertainment. Being the largest democracy in the World, politics and elections are an important part of India and hence India.com. The award is a testament to our commitment to serve the best content to Indians as well Indophiles across the globe."

One major attraction of India.com's election site was its interactive campaign tracker. Elections in India (https://www.india.com/news/india/) present a grand affair. Often it becomes difficult to keep track of everything. The poll-tracker, in a unique way, took the readers on an entire campaign trail in a few clicks. Along with the leaders, the readers too were allowed on a virtual campaign tour. Not only which leader campaigned where - a concise wrap-up of what he/she said was added so that nothing gets lost in the crowd of election information.

Expressing her gratitude to all edit staff, which includes young and energetic journalists, for the award-winning work, India.com News Editor Ruchi Dua said, "Instead of making data analysis a complex exercise, we gave direct information to our readers. In fact, to break the nerdy monotony of most election sites, India.com conceived a funny IQ test which became a major takeaway of the website. It was a fun game to test the general knowledge of the readers about politics, political parties and leaders. This award proves that India.com provides the best user experience on any election to its users."

The infographics and the video section were there to aid in the understanding of the poll issues, not to cram the brain of the readers.

"While we aspired to stand out for our election coverage, the key driver for us was rich media storytelling. In addition to quick turnaround with news updates, we added a list of new formats such as infographics, elections timeline dating back to 1952, election rally tracker and a hangman-style trivia game. This cumulative approach for our election coverage meant engagement levels were far higher on election results day," said India.com AVP Product Dileep Venkatkrishna.

India.com, one of the leading news and information websites from the Zee Digital, keeps its readers informed on latest national, international developments in politics, education, infotainment and policies. True to its domain name,  India.com, voices what matters to people the most.