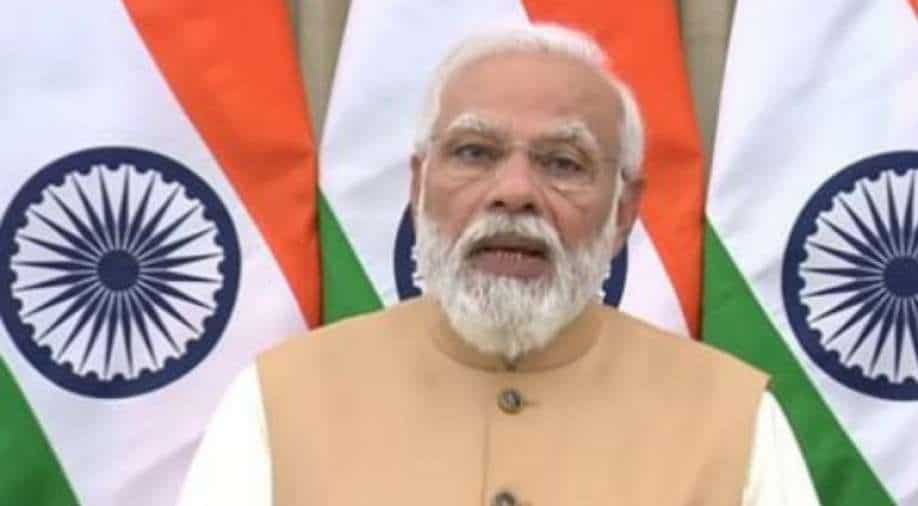 To elicit public opinion for drafting its manifesto for the upcoming Assembly polls, BJP Goa has sent Sankalp Peti across all the places to receive valuable suggestions from the people.

The Bharatiya Janata Party's (BJP) manifesto for the upcoming Goa Assembly Elections will be released by Union Transport Minister Nitin Gadkari in Panaji on Sunday.

On the same day, Prime Minister Narendra Modi will address a virtual rally at 20 locations in the North Goa district at 4:30 pm, as per an official statement from BJP`s Goa unit.

The BJP stated that it has taken into account grass-roots suggestions made to the party through various channels of communication.

To elicit public opinion for drafting its manifesto for the upcoming Assembly polls, BJP Goa has sent Sankalp Peti across all the places to receive valuable suggestions from the people.

"The thrust of the manifesto will be to carry forward the BJP's Golden Goa," the party said.

It further stated that the party has been working towards 'Progressive Goa' and has brought human and infrastructural development.

In the last 10 years of the BJP government in Goa and seven years at the Centre, the visionary policies of the BJP have ensured long-term development for Goa.

The BJP said that the soon-to-be-released manifesto will not be just a document but BJP`s commitment to the people of Goa.

"Every suggestion and promise made in the manifesto will be executed soon after BJP forms government, yet again. BJP has completed nearly all the poll promises made during the last election," it said.

"BJP is confident that Goans will once again shower their blessings and love to the country's largest party on February 14," the party's statement read. Goa will go to the Assembly polls on February 14. The counting of votes will take place on March 10.