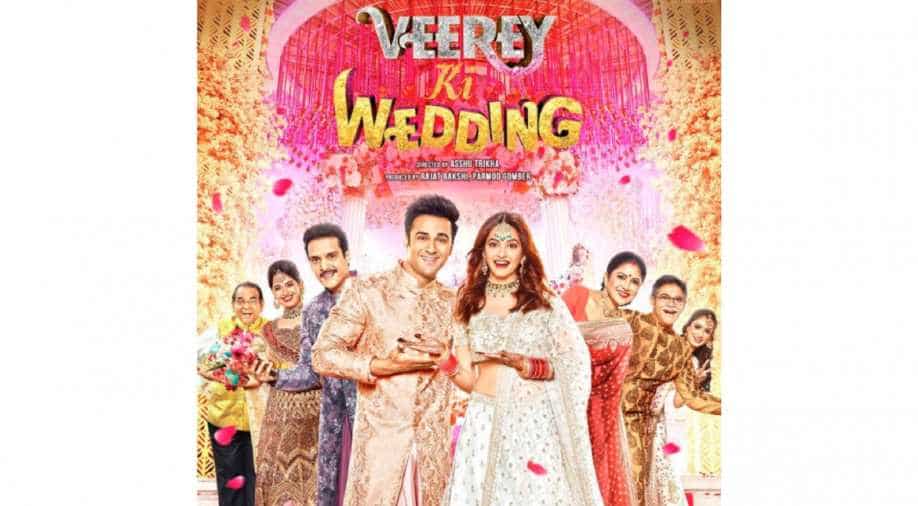 Two movies with a similar name and a similar theme will be hitting the screens soon -- Veerey Ki Wedding and Veere Di Wedding.

While the more talked about film starring Kareena Kapoor Khan and her girl gang including Sonam Kapoor will take some time, the second film starring Pulkit Samrat, Jimmy Shergill and Kriti Kharbanda is out with its trailer today on Thursday.

Both the films, as its names sound is on weddings based out of Delhi.

At the trailer launch of Veerey Ki  Wedding, Pulkit Samrat was asked about the clash of titles, he said, "5 movies had released on Bhagat Singh. Same title, same story. For us at least the story is different. The makers had the title already. And what I feel is that both are different films. So once we are done with 'Veerey Ki Wedding', we'll definitely look forward to 'Veere Di Wedding'."

Veere Di Wedding starring Sonam Kapoor, Swara Bhaskar, Kareena Kapoor Khan will be out in June. It will be Kareena's first movie post-Taimur.