Sonam Kapoor- Anand Ahuja wedding: Presenting to you the bride, in gold and red! 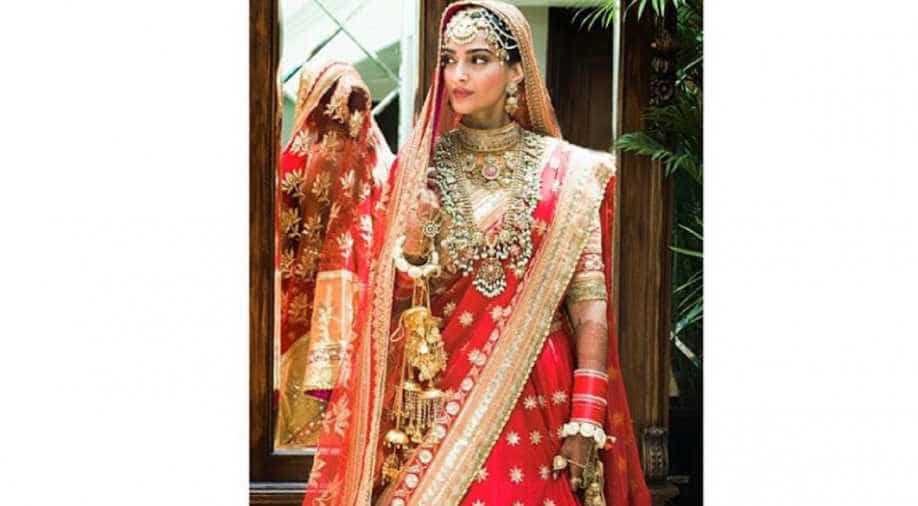 Sonam Kapoor stuns in red and gold lehenga for her wedding. Photograph:( Instagram )

Arriving in style, the bride is finally here. In a red and golden lehenga designed by Anuradha Vakil, Sonam Kapoor looked like a traditional Sikh bride.

The couple, Sonam Kapoor and her longtime partner will soon tie the knot at Rockdale in Bandra. The couple will have a Sikh wedding at Rockdale, which is Sonam's aunt's house.

The groom arrived early at the venue, dressed in a golden sherwani. Also Read: Sonam Kapoor to marry Anand Ahuja today; here's all that we know so far

Kapoor and Ahuja families hosted a lavish mehendi function party for friends. Check out how much fun they had here.