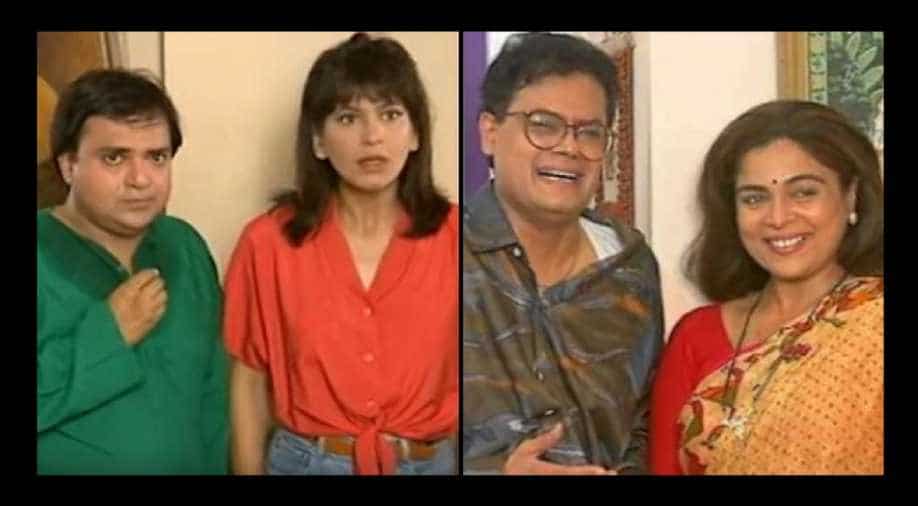 The original cast of Shrimaan Shrimati that aired on Tv in the 90's. Photograph:( Pinterest )

The 90's superhit comedy series, Shrimaan Shrimati makes its comeback on TV today, March 13 with a new name and a new star cast. Now called Shrimaan Shrimati Phir Se, the series promises to entertain the audience with its honest comedy.

Shrimaan Shrimati Phir Se premiered today at 7:30 pm today with a whole new cast following the story of 'love thy neighbour' -- the same basic story on which the original was made. The new ensemble cast includes Barkha Bisht as Prema Shalini aka Doll, Suresh Menon as Dilruba Jarnail Singh Khurana aka Dil, Samir Shah as Keshav Kulkarni aka Keku and Sucheta Khanna as Kokila aka Koki.

As revealed in the synopsis, the main character of Keshav Kulkarni is enacted by Samir Shah who is argumentative and flirtatious.  Keku ji, as he is popularly called, criticises everyone including his wife, son, boss and his neighbour Dilruba. However, he is in awe of his neighbour's wife, the actress Prema Shalini played by Barkha Bisht. He is love-struck when around her.

His wife Kokila is a sophisticated, smart and straight-forward homemaker. Her traditional beauty is admired by all, especially their neighbour Dilruba, enacted by Suresh Menon. Sucheta Khanna takes inspiration from the Late Reema Lagoo to play this charismatic character.

Prema Shalini is a popular Bollywood actress who pays special importance to her looks, glamorous dresses and is a total diva. She enjoys the undivided attention of her neighbour Keshav, but also dislikes him for being an uninvited guest at most times.

Dilruba Jarnail Singh Khurana, is Prema's submissive husband who is a homemaker and effeminate in nature. He is very fond of Koki and according to him she is the epitome of an ideal housewife and uses every opportunity to meet her at her house.

The new cast breathes a new life into the story and promises to engage the contemporary mass by keeping the story to the present time.