Assembly polls about future of Jharkhand, not about electing MLAs: JP Nadda 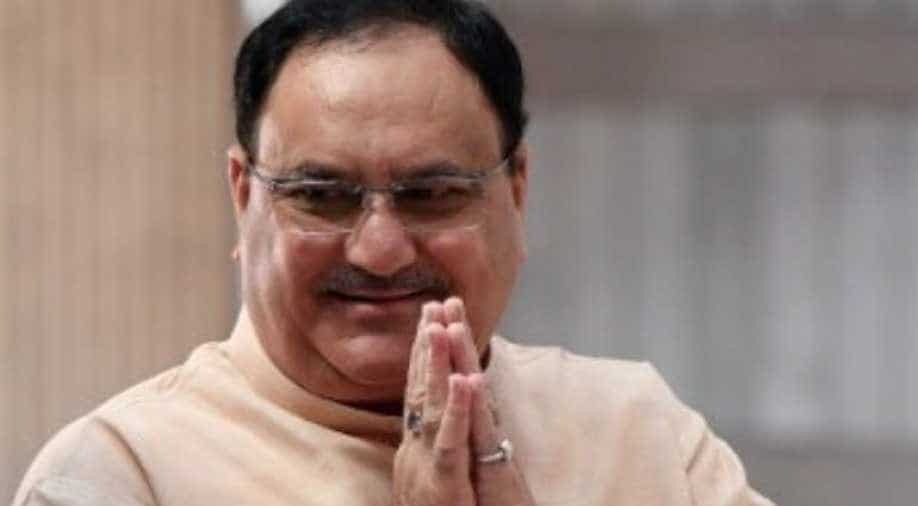 Nadda also talked in detail about the various other welfare schemes launched by the government and how they have benefited the people.

Working BJP president JP Nadda on Sunday said that the Assembly polls in Jharkhand are not about the election of an MLA or Chief Minister but for the future of Jharkhand.

"I salute the land of Bhagwan Birsa Munda. This is not an election about making somebody MLA or CM but about the future of Jharkhand," he said while asserting that the BJP gave a "stable and corruption-free government" in Jharkhand.

The BJP leader counted some important legislations brought by the Central government including the abrogation of Article 370 and Triple Talaq and credited a "strong leadership" for doing this.

Nadda said that the Triple Talaq was abolished in several Islamic countries as well. Taking a dig at the Congress-JMM alliance, Nadda said this alliance is only for the "chair" and that it has nothing to do with development and people of Jharkhand.

Talking about the defence preparedness, the working BJP president said, "Not a single gun was bought during UPA tenure. The demand of 'One Rank, One Pension' was pending since 1971. When we came to power, we gave OROP to 22 lakh faujis. 36 Rafales are being inducted into our fleet. 1.83 lakhs bullet-proof jackets have been provided to the military. Not just that, we are even exporting that to the world," he said.

Referring to the various welfare schemes launched by the Central and state government for farmers, Nadda said, "When we talk of double engine government..we don't that just for speeches."

He also talked in detail about the various other welfare schemes launched by the government and how they have benefited the people.

In particular, Nadda mentioned about the Aayushman Bharat scheme and recalled that Prime Minister Narendra Modi launched the scheme in Jharkhand.