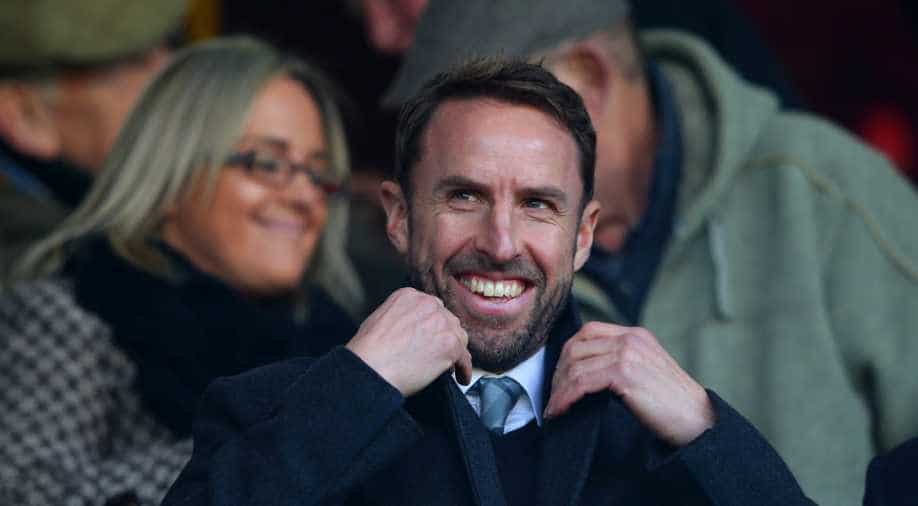 England interim manager Garath Southgate is seen in the stand prior to the Premier League match between Burnley and Manchester City at Turf Moor on November 26, 2016 in Burnley, England. Photograph:( Getty )

Gareth Southgate will lead England towards the 2018 World Cup and 2020 European Championship after being appointed permanent manager of the national team by  the  FA on Wednesday.

The 46-year-old succeeds Sam Allardyce who departed 67 days into his reign after being caught up in a newspaper sting.

In a statement released after a meeting of the Football Association board at St George`s Park, the FA said the former England defender had agreed for a four-year contract.

Southgate, who was in charge of England's under 21s for 32 games, has overseen two wins and a draw in the three World Cup qualifying games as interim manager, leaving England top of the group. He also saw his side draw with Spain.

"I am extremely proud to be appointed England manager. However, I`m also conscious that getting the job is one thing, now I want to do the job successfully," the former Crystal Palace, Aston Villa and Middlesbrough player said.

"I`ve thoroughly enjoyed working with the players over these past four games and I think there`s huge potential.

"For me, the hard work starts now."

His first match in permanent charge will be away to Germany in a friendly in March, followed by a World Cup qualifier at home to Lithuania later that month.